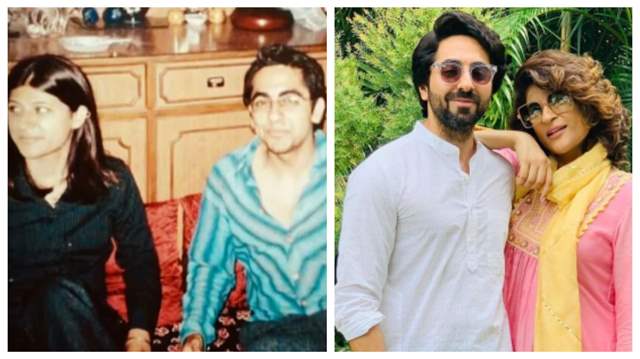 In times of how fragile relationships have gone on to become especially in the entertainment industry, a couple like Ayushmann Khurrana and Tahira Kashyap have been absolute goals to say the least. Having been through an entire trajectory of life, we know how the couple has been teenage sweethearts and currently continue to have a blissful marriage.

And today marks the 20th anniversary of the couple. If you're wondering how is it that these young guys are already celebrating their 20th anniversary; well that's because it isn't their wedding anniversary but the day they first talked with each other on a landline phone. Following that, the couple went on to become friends, date for several years before marrying each other in 2008. But on this special day, Kashyap penned and voiced a special note for Khurrana where she wrote, "Haters will say it’s so cheesy! Well I have been there too, but it’s amazing to be on this side of the spectrum... such a sucker for love I am hopelessly in love with you @ayushmannk #happyanniversary #oganniversary #20years"-

It is indeed the sweetest wish possible and needless to say, it immediately had an array of industry people also wishing the couple on this special day.