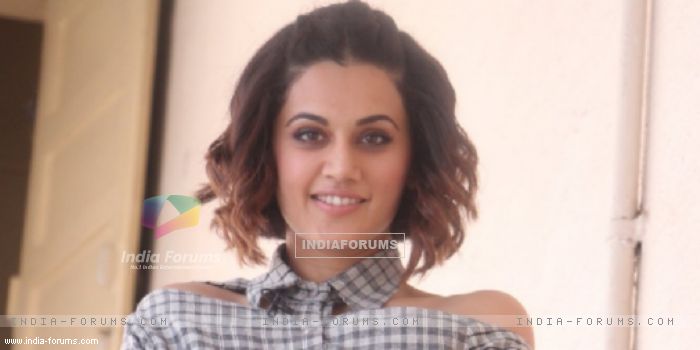 The makers of Taapsee Pannu's upcoming Telugu film "Anando Brahma" announced on Wednesday that the multi-starrer horror-comedy will hit the theatres worldwide on August 18.

The makers announced the release date in an official poster.

The film will be Taapsee's first Telugu release post "Pink" and "Naam Shabana".

Taapsee had heard the story of "Anando Brahma" even before the release of "Pink".

"I pitched the story to Taapsee in 2015 December, and it took one whole year for the project to materialise. Back then, 'Pink' had not released and I was hopeful she would do my film. As I got busy finding a producer and locking the final draft of the script, 'Pink' had released and she had won over everybody," Raghav had told IANS.

He didn't think she will do his film.

"Post 'Pink', I never thought she would do my film. I assumed she would get busy in Bollywood and won't have time for my project. But she showed a lot of faith in my film. Even as I waited to find a producer, she kept in touch and that really encouraged me," he said.

The film has been produced by Vijay and Shashi under the 70 mm Entertainment banner.

Rishina Kandhari talks about resumes shooting, her perfect ...
6 minutes ago

Ye Rishta Kya Kehlata Hai: Kartik to take care of his ...
17 minutes ago

Sushant Singh Rajput fans gear up for a second round of ...
17 minutes ago

Sushant’s Brother-in-law Messaged, ‘Please Keep My Wife Away ...
27 minutes ago

Tinaa Dattaa to make her digital debut with 'Naxal'!
41 minutes ago