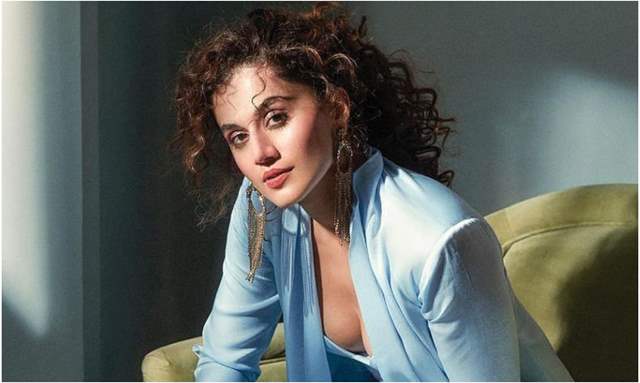 Taapsee Pannu’s Mumbai residence was recently raided by the Income Tax department in connection to a tax evasion probe. Days after the IT-raid was conducted, Taapsee broke her silence via her Twitter handle, followed by interviews.

Now, during a recent interview with NDTV Taapsee opened up about the IT-raids against her and said that she has nothing to fear. The Manmarziyaan actress also mentioned that she and her family co-operated with the officials.

On March 3, the Income Tax Department carried out raids across 30 locations in Mumbai and Pune, also covered Reliance Entertainment group CEO Shibhasish Sarkar and some executives of celebrity and talent management companies KWAN and Exceed.

Several media reports claimed that cash receipts of Rs. 5 crore were recovered from her residence, maintaining that the Income Tax department did not mention her name while making this statement.

Taapsee responded to the same and said, “I was wondering who is giving me Rs. 5 crore. There were stories of me having a bungalow in Paris. I answered all the questions asked by the Income Tax officers. My family and I cooperated with the I-T department,” said Taapsee in her interview with NDTV.

If there is anything wrong it will come out, I can't hide anything. If I have done something wrong, I will serve the punishment.

When asked about her views as to why her property was raided, Taapsee said, "There is no way to confirm why I was raided. When IT raids happened, there is no option but to follow the procedure."

Taapsee Pannu is currently working on her upcoming film with Dobaara which is being directed by Anurag Kashyap. The Pink actress seems completely fearless as she recently resumed shooting for her upcoming film.