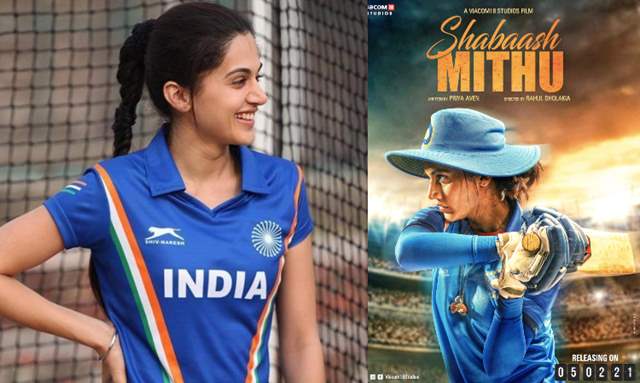 After Thappad, Taapsee Pannu is onto her next titled Rashmi Rocket. Now, she is gearing up for yet another sport themed film ‘Shabaash Mithu’ wherein the actress will be seen essaying the character of Mithali Raj in the biopic.

Taapsee’s several projects were halted owing to the lockdown due to COVID-19. Now, the actress has begun training for the cricketer's biopic.

During a recent interaction with Mid-Day, Taapsee spilled the details of her training for the upcoming films and maintained that she will be training for ‘Shabaash Mithu’ for 3 months in the new year before she begins filming for it.

She also mentioned that the New Year for her will bring more cricketing practice sessions.

Sharing the details from her workout and training plans Taapsee said "Most of my races for Rashmi Rocket will be filmed in December. As soon as the races are done, I will kick off my three-month cricket training before I start shooting for the film. I will continue practicing the sport for the entire span of Shabaash Mithu's filming. In the new year, I will be breathing cricket."

‘Shabaash Mithu’ will be directed by Rahul Dholakia and produced by Ajit Andhare. The film was initially slated to release on February 5, 2021. However, owing to the Coronavirus lockdown, the film failed to go on the floor and a new release date is yet to be announced. On the other hand, Taapsee will be seen in Rashmi Rocket and Looop Lapeta.