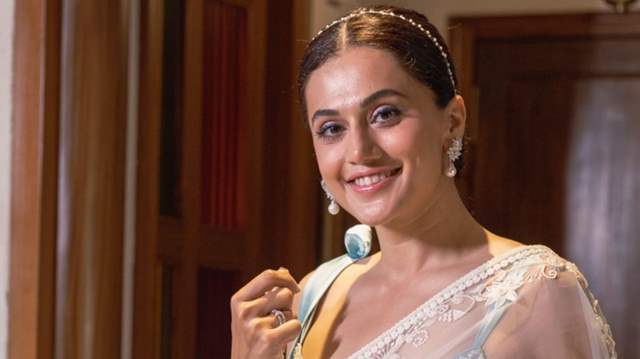 Taapsee Pannu is gearing up for her upcoming sports drama Shabaash Mithu. She has been engaged on a promotional spree for the film since the past few days and hasn't left a stone unturned. Taapsee was seen attending various reality shows and interviews while promoting the movie.

The Baby actress took social media by storm as she dropped a bunch of pictures on her Instagram stories looking absolutely gorgeous in a traditional avatar. Taapsee was seen dolled up in a powder blue net saree. She wore it on a statement blouse which was adorned with white beads, with satin thin strapped sleeves.

Taapsee opted for a glam makeup look with nude pink lip shade and blush. She accentuated her look with blue eyeliner. Her ensemble was accessorized by silver earrings. Taapsee pulled back her tresses in a neat bun and donned a beaded tiara on her head. 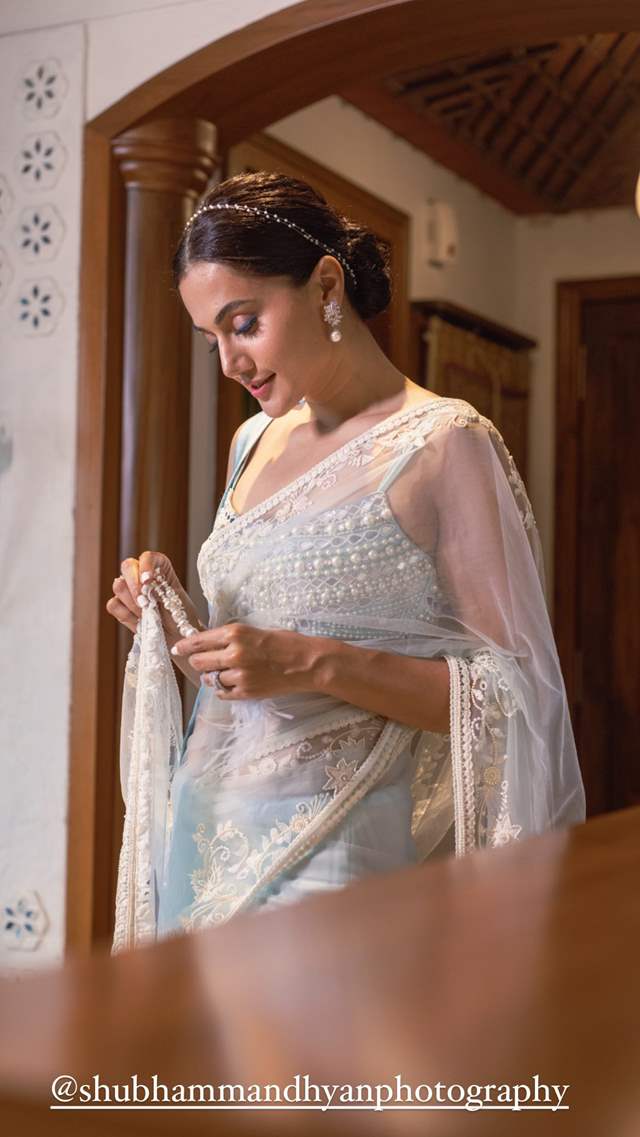 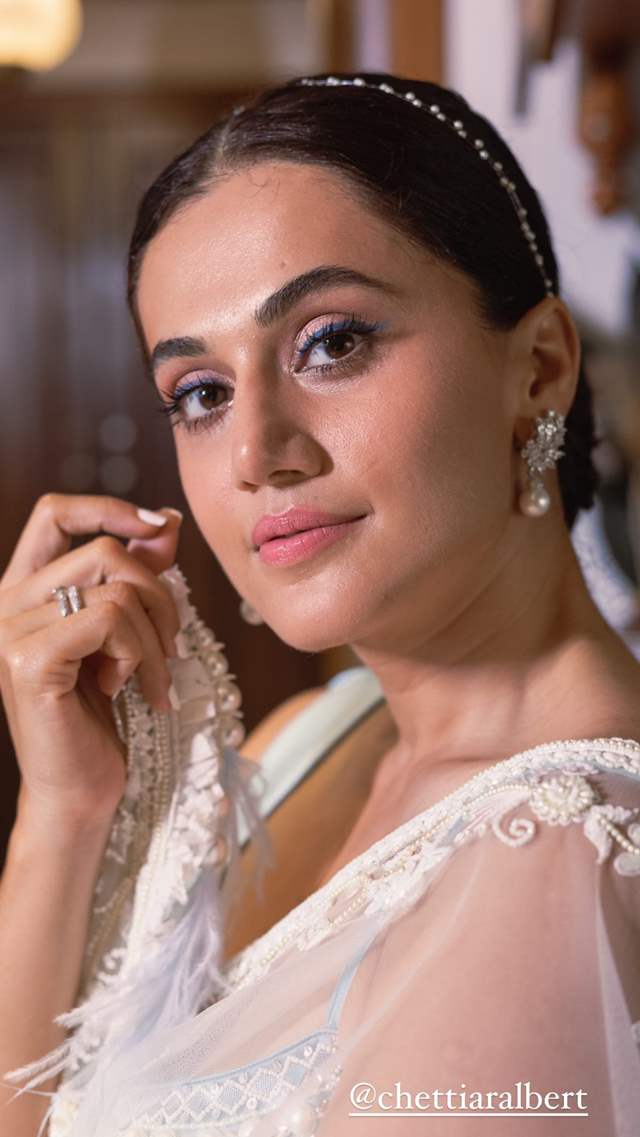 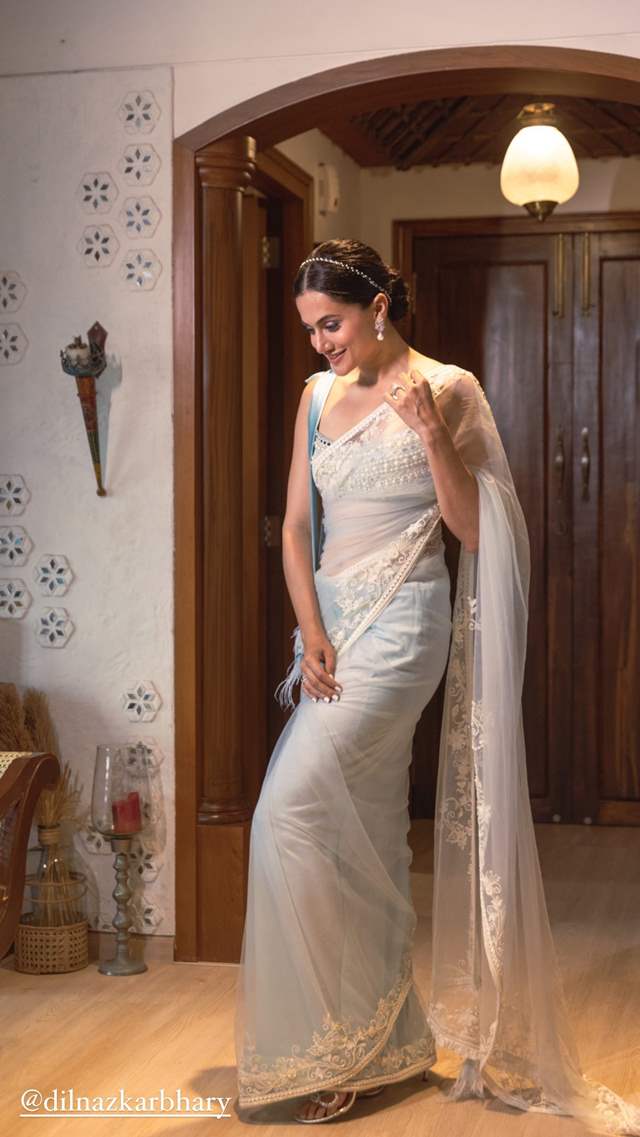 Taapsee Pannu has also ventured in the production arena and the filming of her production venture Dhak Dhak has wrapped up. The film features Dia Mirza, Ratna Pathak Shah, Sanjana Sanghi and Fatima Sana Shaikh in pivotal roles. In a recent interview, Taapsee had also revealed that she would carry forward with this venture and her next project will be headlined by none other than Samantha Ruth Prabhu.

Talking about the film Shaabash Mithu, she will essay the role of female cricketer Mithali Raj. The film will trace her journey from a 8 year old girl child who dreams of becoming the Captain of women's cricket team. The film will hit the big screens on 15th July.

Apart from this, Pannu has a bunch of projects in her kitty. she will be seen in Woh Ladki Hai Kahan, a comedy alongside Pratik Gandhi. She will also be a part of Blurr. apart from this Taapsee will star alongside Shah Rukh Khan in Raj Kumar Hirani's Dunki.

+ 11
4 months ago Looking beautiful Taapsee. Good luck for the movie.

+ 4
4 months ago Excited for this movie shabaash mithu

+ 4
4 months ago Tapsee is looking good in saree

+ 17
4 months ago I like the white beads on the blouse. She’d have avoided the tiara😅