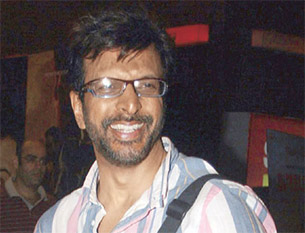 Actor-producer Jaaved Jaaferi, who is being fielded from Lucknow as the Aam Aadmi Party (AAP) candidate for the 16th Lok Sabha elections, believes that to change the system, you have to be in the system.

"Our political system needs a change and I wanted to be part of the change in a way that is more effective than just mere lip service about corruption," said Jaaved, 50.

He says corruption, bribery and discrimination plague every part of the country.

"Everyone is crippled by corruption and bribery. Then there is the problem of discrimination, which plagues every part of the country. It doesn't matter which religion or state you belong to, you are discriminated against everywhere. As a Muslim, I've faced acute problems trying to find accommodation," said the actor of films like "Salaam Namaste".

A: I didn't! This new phase in my life just happened. Our political system needs a change and I wanted to be part of the change in a way that was more effective than just mere lip service about corruption. We all complain about the corruption in the system, but we do nothing to change the status quo.

Q: Why Lucknow as your constituency?

A: For me, any part of the country is my home. It isn't as if I feel more territorial about Lucknow. The problems of the common man are common to all. Everyone is crippled by corruption and bribery. Then there is the problem of discrimination, which plagues every part of the country. It doesn't matter which religion or state you belong to, you are discriminated against everywhere. As a Muslim I've faced acute problems trying to find accommodation. Whether it is a caste or a communal problem, there is a huge crisis in our system.

A: I am not going to Chennai to contest elections because I am realistic about my reach. When I told the party that I want to contest the elections, they thought Lucknow was my best option.

Q: What do you think of Rajnath Singh of the Bharatiya Janata Party (BJP) being your main opponent in Lucknow?

A: He is no doubt a very formidable opponent, though I've never been intimidated by the competition. Even when I have to co-star with Dilip Kumar or Amitabh Bachchan, I know I've my own space. I surrender to the director and leave my performance to him. Likewise after going through (AAP leader) Arvind Kejriwal's manifesto, I decided to let him and his party guide me through this new journey. I've the advantage of being a known individual. This could help the party with their motto of 'By the people, of the people and for the people.' This whole movement towards 'swaraj' is what I would like to work towards with the party.

Q: So you are convinced AAP can bring about a change?

A: Yes I am. We must keep in mind that none of the electoral candidates in the AAP has a criminal record. Almost every political party has given tickets to candidates with criminal records. You can't say it's okay just because they haven't been indicted. The court cases for the 1984 anti-Sikh riots are still on. It doesn't mean no one is guilty.

Q: Would we see less of you in cinema now?

A: In any case, I wasn't getting too many roles to my liking. Besides, there is a team working with me in Lucknow. I will be spending a lot of time in Lucknow because I am not committed to do 10 films. Even if I do two quality films a year I am happy. I've also recently started my own production house. I've produced two National Award-winning documentaries "Inshallah, Football" and "Inshallah, Kashmir". I've also produced a feature film "BMW" directed by Aditya Bhattacharya.

Q: Your need of the hour is an Indica not a BMW?

A: I am very clear about the financial aspect of my life. I've my film career to take care of my and my family's needs. I am not looking at politics for money at all. This is my chance to serve the nation by working with the AAP. I've enough money to look after my wife and children. Now, if I was to say 'mujhe jet lena hai,' toh mushquil ho jayegi.

Q: Are you counting on the support of your film fraternity?

A: Ha ha. Jisko aana hai aa jaye. See, a lot of actors are afraid to be affiliated to any one political party. In America, I see a lot of stars coming out in open support of (US president) Barack Obama or whatever they believe in.

Q: Yes, but in Bollywood Salman Khan flew a kite with BJP's prime ministerial candidate Narendra Modi and there was an uproar?

Q: You know, the legendary boxer Mohammad Ali said he one day decided to give up boxing. He was bashing his opponent's head in, while hundreds were looking at him. He realised there he had a big responsibility towards those who were looking at him. I think we entertainers need to realise we are closely watched.