View Profile
This New Year, Sony Entertainment Television brings to its viewers one of the biggest, exciting and high-profile shows - Dard-E-Disco. If you thought King Khan's dard-e-disco act from Om Shanti Om was a spark of the 70s, watch out for this one with the original disco stars, the real blast from the past! Dard-E-Disco, the show celebrates bollywood disco and felicitates the original disco kings/queens Usha Uthup, Bappida, Zeenat Amaan. These stars, the special guests for the evening, will also shake a leg, revisiting their disco memories.
The show puts together the best of bollywood disco ever; from Disco 82 to new age disco to very popular remixes all on one platform - Dard-E-Disco. Setting the stage on fire will be a mix of bollywood stars and television celebrities, with their exhilarating dance acts to enthrall the viewers. Ronit Roy and Yash Tonk put their best foot forward and prove their dancing skills yet again. Other celebrities to dance and boogie are - tall and pretty Karishma Tanna, the very talented Karan Mehra, Roshni Chopra, Barkha Bisht, Naman Shaw, Gaurav Chopra, Udita Goswami, Sayali Bhagat and Jhalak Dikhhla Jaa winner Prachi Desai.
There's more to dance with singer Usha Uthup stretching her vocal chords to disco. She has to her credit some 'all time disco hits' like Ramba ho and Om Shanto Om which are popular even today. The Baap of Disco, Bappi Lahiri , known for old disco Hindi numbers will give a special performance, making the evening even more musical!
Comedian Suresh Menon and the sunshine girl Shruti Seth will not only take the viewers through the show, but will share a few funny anecdotes on the famous 'Bollywood Disco' era too. Dard-E-Disco promises its viewers an evening of electrifying music, non-stop dance and glamour to the hilt. 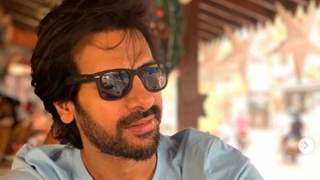 Karan Veer Mehra on why is he returning to 'Ziddi Dil' just as it is ...

14 years ago yayyyy i can't wait till jay and prachi's performance.. whos gonna be posting this up?

14 years ago Sandhya is also there....I saw her in the promos! But she isn't mentioned in this article. :(

14 years ago Jay n Prachi there together - A must c n I will definitely watch it!

+ 9
14 years ago I will definitely watch this show.It seems so exciting.