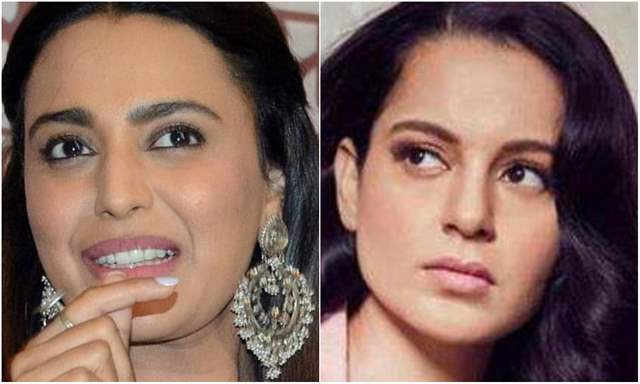 Sushant Singh Rajput's untimely demise had sparked an outrage among the people as many believed it to be a case of murder. Actress Kangana Ranaut, who has been at the forefront for justice for Sushant had also alleged that the actor was murdered.

In one of her interviews with Republic TV, Kangana had stated that if she fails to prove her claims about Sushant's death, she will return her Padma Shri award.

And looks like her statement has turned against her. Actress Swara Bhasker took to Twitter to take an indirect dig at Kangana as she tweeted:  “Hey! Now that both CBI and AIIMS have concluded that #SushantSinghRajput tragically died by suicide... weren’t some people going to return their government bestowed awards???”

Swara's tweet comes after the AIIMS panel of doctors, who were responsible for re-examination of Sushant's autopsy ruled out the murder theory.

Dr Sudhir Gupta, Chairman of AIIMS Forensic Medical Board had told ANI, “It is a case of hanging and death by suicide. There were no injuries over the body other than hanging. There were no marks of struggle/ scuffle in the body and clothes of the deceased.”

Meanwhile, Twitterverse has started a trend 'KanganaAwardWaapasKar' as the AIIMS report confirms 'death by suicide' in Sushant Singh Rajput case.

Indian Express reported that the verdict of Central Bureau of Investigation matches with AIIMS' findings.

On the other hand, Sushant Singh Rajput's family lawyer Vikas Singh has called the forensic examination report submitted by AIIMS as 'faulty'. Vikas Singh has written a letter to the CBI requesting for another forensic team to re examine Sushant's autopsy.

Funny29 1 months ago lol a slap in aunty kangana's face 😂😂 i feel bad for sushant neither his family and also not this selfish woman let him rest in peace.😢😢