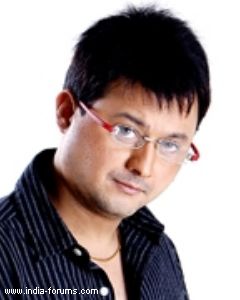 Swapnil Joshi who has made his mark in the world of comedy with his tickling comedy in Sony TV's Comedy Circus and also with his unique look in SAB TV's Papad Pol, will soon be seen in a new look in SAB TV's next.

Swapnil is already doing a popular Marathi show Eka Lagnachi Dusri Ghost and now we hear that he has been approached to play the main lead in Optimystix's next on SAB TV. Swapnil has been associated with Optimystix for long by giving the audience some of the best of entertaining shows.

We tried to get in touch with Swapnil, but he remained unavailable for the moment.

-Nymphadora- 8 years ago my mom loved eka lagnachi doosri gostha so much she even watches the repeats..LOL!!

-afghaniibabe 10 years ago
i think it is the first time i have seen the 3khans ''together''
;D

lol CC di, wanted to say that too lol i noticed that

i was like kind thinking that they r in talking/friendly term and when i open it they r like not even close to each other lol what a pics! lolz
thnx

tulipbaby53 10 years ago Photo 1: Salman and Amir shake hands, but Amir is not looking at him at all!

SRK is looking in the background at Salman quite intently! lol....

Photo 2: Amir looks like he's rushing to leave, and Salman is looking sideways at SRK! SRK is now engaged in conversation with other people!

Did anyone notice the stiffness still? lol..