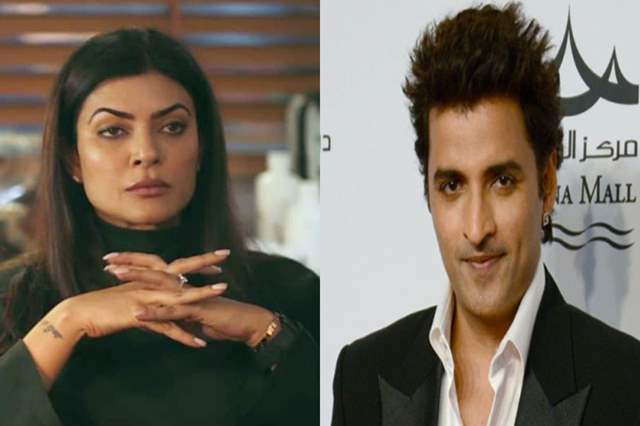 It can be said that one of the most fascinating things about Bollywood from the 90s is the innumerable stories that come out at times surprising one and all. This is because those times of the 90s had little to no media exposure and obviously no social media. So, just like today even if there were a range of spicy and interesting stories, they never came out. However, thanks to a few interviews and revelations that celebrities from those times participate in today, their anecdotes about stories from back then certainly interest one and all. One such story was recently revealed by choreographer Ganesh Hegde in an interview with Huff Post India.

Hegde went on to share an instance of actor Sushmita Sen commanded respect while shooting even back in the day.

Working with her and choreographing her for the song Mehboob Mere in Fiza, he said how Sen refused to lip-sync the original lyrics of Mehboob Mere. "There was a line that went ‘aa garmi le mere seene se (come feel the heat of my bosom)’ and she refused to sing it. She said, ‘I won’t just do it’,” Hegde said. Composer Anu Malik had to then change the lines to ‘aa narmi le mere aankhon se (bask in the softness of my eyes)'.” Talking about it, he applauded it and mentioned how commanding that kind of respect back then was unheard of where Sen's Mehboob Mere continues to be loved and remembered even today, two decades later. Sen recently made her acting comeback with her digital debut with Aarya, which is available on Hotstar, for which she has received a lot of love and the show has been a success.

luvumjht 2 months ago A moment of silence for the lyricist’s brain.

Indian Idol 12: Team starts shooting for final round of ...
11 minutes ago

Sidharth Pithani to record statement under 164 CrPc, may ...
13 minutes ago

Nakuul Mehta and his powerful narration: Times when he hit ...
50 minutes ago

Ravi Kishan gets Y+ security after threat calls for speaking ...
2 hours ago