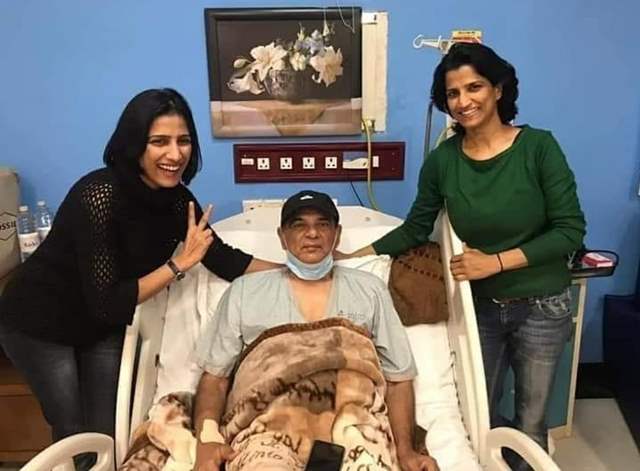 It has been over six months now since actor Sushant Singh Rajput tragically passed away but by alleged suicide. Rajput's death certainly was one of the most shocking instances that happened but the madness that has ensued has been even crazier. From allegations to assumptions and an array of high-profile investigating agencies involved, everything has been a talking point.

In the initial stages of it, Rajput's father, KK Singh was actively speaking about it too but hasn't for a while. And now, another piece of shocking news is coming in that KK Singh has actually been hospitalized. Apparently, he is admitted to having issues in his heart.

A picture has been going viral on social media of the same where he is resting on the bed with both his daughters, Priyanka and Mitu on his sides. The trio was all smiles; it appears that the picture was taken post his successful treatment.

It is good to know that the respective surgery was successful and he is already feeling better.