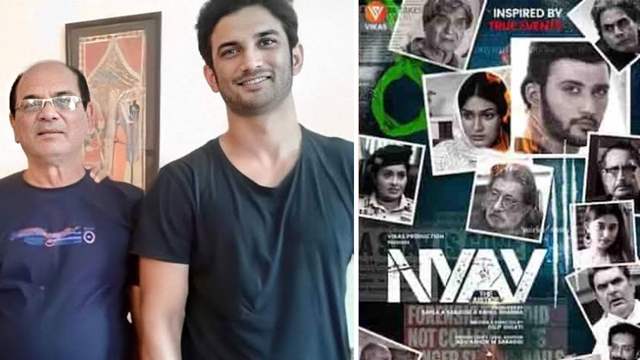 A few days ago, the trailer of the film titled ‘Nyay The Justice’ was released online. Touted to be based on Bollywood actor Sushant Singh Rajput’s death, the film directed by Dilip Gulati stars Zuber K Khan and Shreya Shukla in lead roles. The film also stars Shakti Kapoor and Aman Verma among others.

Several other projects including Suicide or Murder: A Star Was Lost, and Shashank among others are being made on the late actor’s life. Sushant Singh Rajput’s father Krishna Kishore Singh has hit back against such projects with a legal notice.

As reported by Bar & Bench, Sushant’s father has moved the Delhi High Court against movies depicting late actor's personal life. In his plea, he added that none of these projects are based on the facts and have been made without the consent of any of the family members. Sushant's father also alleges that these projects have been 'designed to malign' his son's image and the family's reputation but it will also 'derail' the CBI investigation into his death case.

Rajput’s father has also sought an amount of Rs 2,00,02,200 as damages from these movie-makers against the mental trauma caused to the family.

A part of the plea submitted at the Delhi High Court reads, "...the late actor, Sh. Sushant Singh Rajput was well-known celebrity and had become a household name, thus it is right time that courts of our country shall acknowledged the right of celebrity at par with an intellectual property right since the personality of celebrities are being misappropriated for wrongful commercial gains at the cost of fame, reputation and privacy..the use of his name/image/caricature/lifestyle without his consent amounts to violation of the personality right and copyright solely vested with his son."

Sushant Singh Rajput passed away on June 14 2020 and it’s been ten months to his untimely demise. The case is being investigated by Central Bureau of Investigation, Enforcement Directorate and Narcotics Control Bureau.