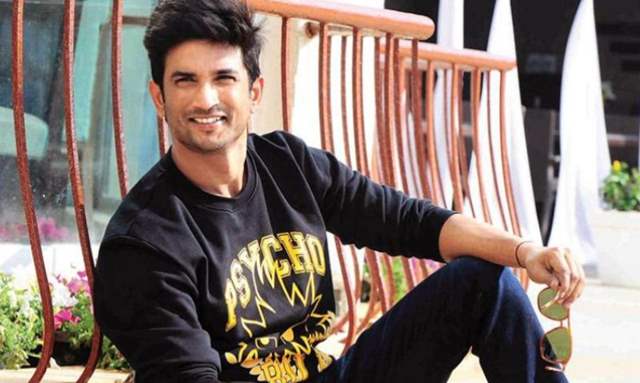 It’s been one month since Sushant Singh Rajput’s tragic demise. The young actor’s loss comes as a big blow to his friends and family. His loss feels personal to millions of fans across the globe, who are saddened with the actor's loss.

While it is difficult for his family and friends to cope up with the loss, his fans are leaving no stone unturned in keeping Sushant alive in his memories. Sushant's family has turned his Patna home into a memorial in his tribute. A fan also registered a star in the sky after the late actor’s name. In order to honour his memory, a fan has registered a star as 'Sushant Singh Rajput.'

And now, Sushant’s family friend Nilotpal Mrinal has approached Aaditya Thackeray and the BMC commissioner Iqbal Singh Chahal to rename the street in Bandra, where the actor lived after his name to make him a part of the city forever. Mrinal has also suggested that if not a road, a chowk or a garden near Sushant’s apartment be named after him.

Reportedly, the BMC have directed Mrinal to the officials of the H (West) municipal ward under whose jurisdiction the area falls. Since the officials are dealing with the pandemic situation currently, they have assured Mrinal that they will look into the matter at the earliest.

Earlier, a road at his hometown Purnea in Bihar was named after Sushant to honour him. Mayor Savita Devi had stated that the road that goes from Madhubani to Mata Chowk will now be called Sushant Singh Rajput road and a popular car company roundabout has also been rechristened to Sushant Singh Rajput Chowk.

Meanwhile, the investigation in Sushant Singh Rajput suicide case is underway. The actor died by suicide on June 14 2020 at his Bandra home in Mumbai. The Mumbai Police has investigated Rhea Chakraborty, Mukesh Chhabra, Sanjana Sanghi, Sanjay Leela Bhansali, Rohini Iyer, Siddharth Pithani among others in connection to the case.

'Some Wounds Are Ripped Again And Bleeding', Sanjana Sanghi Pens ...

The Bhatts were involved throughout: Ankit Tiwari on his ...
29 minutes ago