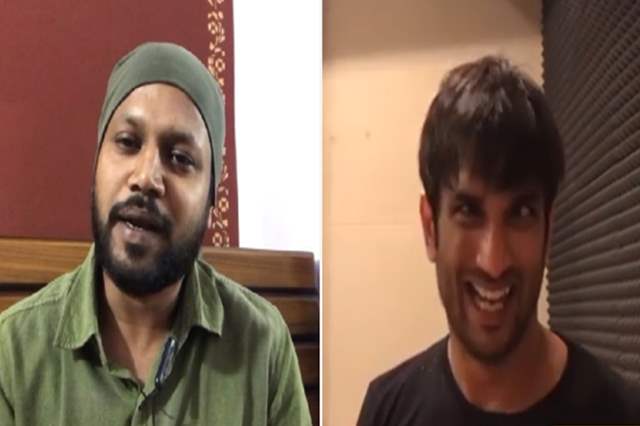 Even though the entire saga surrounding Sushant Singh Rajput's demise and the circus going on is nothing but disheartening, ugly, and mysterious in every possible way, there is another side to it too. Not the issue we mean but the sheer sadness of the fact that Rajput has indeed left us. Multiple friends and co-stars of the actor have come forward to remember the man on multiple instances and just honor his memory. The latest one in that list is actor Ram N. Diwakar, who was Rajput's co-star in the critically acclaimed film, Sonchiriya.

The actor took to his Instagram account to share a video where Rajput is seen acting all crazy while enacting a scene as he portrays a woman who is all set to take revenge. This video of the late actor was shared by Diwakar with a long note on his Instagram account, crediting him to getting a revolution in the industry after he is gone forever.

Diwakar in the long note mentioned how this incident is indeed the most unpleasant occurrence and even asked for his forgiveness that he couldn't do anything for him. Recalling one of their conversations, he wrote in his Instagram post, “Yaad hai tune kaha tha " hum Rajput kabhi kisi k aage jhukte nahi" :) Bhai you died a hero.”

Further in his note, he mentions though the actor is physically not here, he will always remain with us.

"My favourite moment is of my own of the series, which is a ...
15 minutes ago

6 Iconic Dialogues Every True Mirzapur Fan would Use in Real ...
41 minutes ago