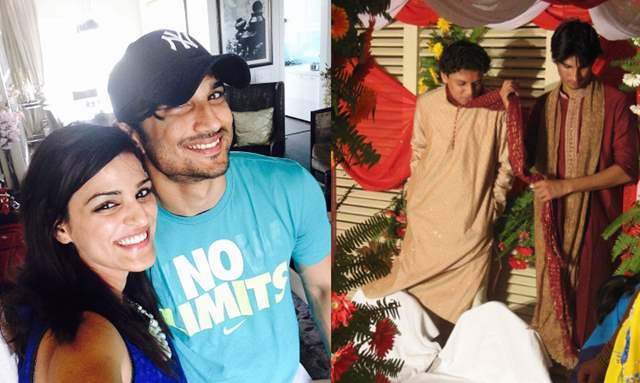 Sushant Singh Rajput’s sad demise has broken each and every one of his fans and many are trying their best to support his family. Today, August 14 marks the 2-month-anniversary of the late actor and millions of his fans followed by family members still mourn his death.

Recently, Sushant’s brother-in-law and Shweta Singh Kriti’s husband - Vishal Kirti spoke about the fateful night of his death and how his sister Shweta Singh Kirti reacted to this devastating news. Spilling the details on his personal blog Vishal mentioned that even after two months, their eyes remain teary and the fight to know the closure continues.

Sharing the blog on his Twitter handle he wrote, “I am sharing this because it’s been two months since that fateful night and we are still struggling. Emotions are still high and eyes are still watery.  What was taken away from us that night is hard to express in words. #CBI4SSR”

Check out the link below:

In his personal blog said that it was weekend when he and wife Shweta kept their phones on airplane mode or vibration mode to avoid any kind of disturbance.

In his blog, Vishal continued, "The dreadful calls started coming in at around 2 am PST (2:30 pm IST). The phone was away from the bed and of course, I had no idea who was calling and why continuously but I could hear the nonstop vibrations. Annoyed, I got up to check and at that moment, the world came tumbling down. Before I talked to anyone, I read the text messages which were flashing on the screen. Many people including family members were trying to reach us and many friends were asking if the news was fake. I checked the news and was horrified to read that Sushant had allegedly taken his life."

He further mentioned Sushant’s sister Shweta’s reaction and added, "I ran over to Shweta’s phone on the other side of the bed and noticed a plethora of missed calls and text messages on her phone as well. And that’s when I did one of the toughest things I have had to do in my life, break the news to Shweta. I cannot forget her reaction and her first conversation with Rani Di. It broke my heart to listen to them crying on the phone and that night changed our lives forever as we knew it. The morning was even more challenging since we had to break this news to our children, Sushant’s niece, and nephew."

He concluded sharing a favorite picture of him with Sushant Singh Rajput. The late actor can be seen performing a ritual at Vishal’s wedding. Speaking about Sushant’s expressions, he wrote, “I do remember Sushant being uncomfortable about pulling me in that manner and I had to encourage him to do it and had to ensure him that I did not mind that at all.  Only then did he perform the ritual. Always smiling, always compassionate, that’s the memory I have of him.”

Vishal made a note and shared the real reason why he wrote the blog. He mentioned about the heart-wrenching phase the family has been through and how their lives will never be the same again. He further wrote that the family hopes for an unbiased investigation that would shed light on what transpired and perhaps give closure so that they can focus on cherishing his memories.