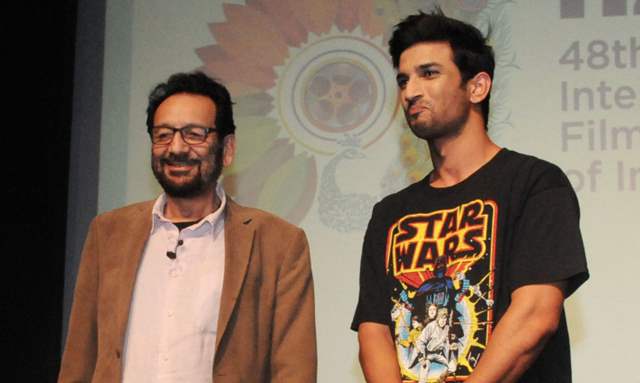 Sushant Singh Rajput took his own life by hanging himself from the ceiling fan of his residence in Bandra, Mumbai. His demise shocked the nation and fans are mourning the loss of a talented actor. Sushant not only acted in his films, but he rather made a close connection with his audience. This has motivated his fans to raise their voices against ‘Nepotism’.

While some claimed foul play in Sushant’s demise, many actors and filmmakers have urged for a CBI probe. Meanwhile, the police investigation is underway and Mumbai Police has recorded statements of 28 people linked to the late actor.

Now, according to an IANS report, Mumbai Police will record filmmaker Shekhar Kapur’s statement as part of the investigation in Sushant Singh Rajput’s death. The filmmaker had indicated about the pain Sushant was going through in his tweet and directed ‘Paani’ starring Sushant at one point for Yash Raj Films (YRF),  however, it later got shelved.

Many Bollywood celebrities have expressed their grief over Sushant Singh Rajput’s death and extended condolences to his family.

However, it seems filmmaker Shekhar Kapur was one of the very few people who was genuinely concerned about the late actor’s well-being. In his previous Tweet, Kapur’s statement might be a new lead as he reportedly wrote about the close connection with him.

Shekhar Kapur had tweeted, “I knew the pain you were going through. I knew the story of the people that let you down so bad that you would weep on my shoulder. I wish Iwas around the last 6 months. I wish you had reached out to me. What happened to you was their Karma. Not yours. #SushantSinghRajput.”

Vinit Kakar roped in for a double role in 'Radhakrishn: ...
11 hours ago

Vir Das opens up on debuting in an unscripted homegrown ...
12 hours ago

Janmashtami 2020: Urvashi Rautela wishes for good health and ...
12 hours ago