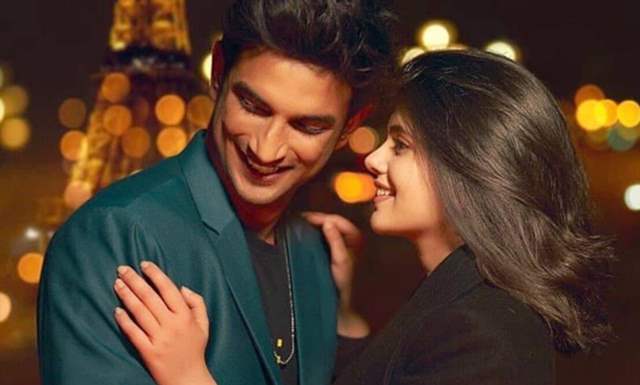 Sushant Singh Rajput’s last film Dil Bechara charted massive numbers on the digital space. The film has been breaking records since then. While the sad demise was undoubtedly shocked the entire nation, according to his co-star Sanjana Sanghi, the film is being considered to be the tribute that he deserved.

Dil Bechara released on an OTT platform recently and the actress is happy with its performance. During a recent interaction with Hindustan Times, she said, “Like the power of earnest and honest work. These two years, only the team knows the kind of blood and passion we put into it.”

Talking about the experience she received through her film latest release. She shared, “The thing with filmmaking is, there’s a lag between when we work and when the audience sees it. In that lag, is the troublesome time, the perception is different from reality. It taught me that true honesty still has a place in this world. It taught me the power of the love of fans.”

She also rhapsodized about the kind of response the film received and how it turned out to be a tribute for the late actor. She added, “I know how much strength I have derived from crores of people blessing our film, and helping Sushant get the tribute that he deserves. This is the only balm amidst all these tough things.”

Recalling her time and experience working with Sushant she said, “For the audience, it’s just a film, but for us as artistes, over two years of our life went into this. Sushant and I did it together, and from the first reading, they are all such stark, clear memories.”

“Literally, when I think, I’m back in that room again, shooting in Jamshedpur, such a complicated, emotional narrative we were telling. It really required us to be in tune on another level,” added Sanjana.

For the unversed, Sanjana was also summoned by Mumbai Police for questioning in relation to the case.