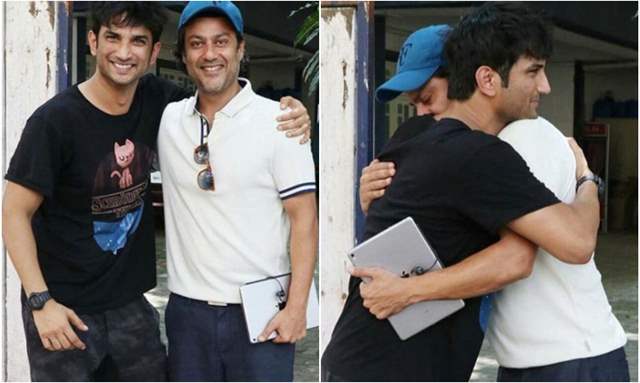 Bollywood filmmaker Abhishek Kapoor held a close bond with the late actor Sushant Singh Rajput. The duo was last seen working on Kedarnath which is known to be SSR’s second-last film which also starred Sara Ali Khan as the female lead.

We were so charged about this story as we were writing it.i remember I cried when we wrote the climax, i cried when we shot it and i cried when i saw the edit.. i cried most when i saw it with the background score.. i saw ishaan die so many times and then again in kedarnath.. i guess thats why on 14 th june when we got the terrible news , i went numb.... like i still am.. #8yearsofkaipoche #kaipoche @sushantsinghrajput @theamitsadh @rajkummar_rao @anaygoswamy @castingchhabra @chetanbhagat,” wrote Abhishek Kapoor, as he shared the video of shooting the climax scene of Kai Po Che.

Sushant Singh Rajput was known to be a visionary, a bright and curious mind and he achieved several milestones in his academics as he won the National Physics Olympiad and was a seventh rank holder in the All India Engineering Entrance Examination.

In his previous interview, director Abhishek Kapoor revealed that SSR was a troubled man whose mind was systematically dismantled by the industry. The Kedarnath director was one of the few people who attended late Sushant's funeral. He also planned to pay a special tribute to Sushant along with his wife Pragya Kapoor. The couple has decided to feed 3,400 impoverished families through her NGO, Ek Saath: The Earth Foundation, in loving memory of the late actor.

Sushant Singh Rajput was found dead at his Mumbai home on Sunday, at the age of 34.