Bollywood actress Shilpa Shetty, who recently turned 34, says she had the most special birthday this year as her beau Raj Kundra threw a surprise party with friends, violinists and a pop group for her in London. 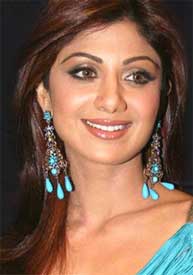 Featured Video
'I'm still reeling under the pleasant but shocking surprise party thrown by Raj. I froze when I entered the penthouse suite, Mayfair because there were 55 of my friends who screamed 'Happy Birthday'. Unbelievable!,' Shilpa, whose birthday was Monday, posted on her blog.


'The surprise didn't stop there, the next thing I knew (sister) Shamita popped up from nowhere... she flew down especially all the way from Mumbai (for the bash),' added the actress.


Kundra, a London-based businessman, had especially arranged for violinists and also Sugababes, a popular female pop group for the celebration.


'I nearly jumped out of my skin when I saw this girl band walk in. They performed and everyone loved them, my jaw was still open from the shock,' wrote the actress.


Shilpa, who co-owns the Indian Premier League (IPL) team Rajasthan Royals with Kundra, was extremely happy with the arrangements made by her beau.


'It was amazing how Raj pulled it off all on his own and still managed to keep it a surprise, genius! On the whole it was definitely my best and most special birthday, it was perfect,' she said.