You are here :
Advertisement
OVERVIEW ABOUT CAST FORUM
56
ARTICLES
8
VIDEOS 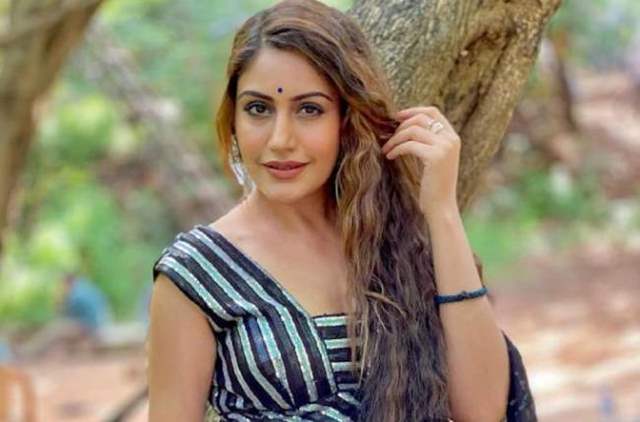 The team of Naagin 5 shot for their last episode recently and they had quite the celebration on the sets as everyone clicked photos and had a fun day together. Actress Surbhi Chandna aka Bani from the show, recently spoke about the journey, constant comparisons, and her chemistry with Sharad Malhotra in an interview with Bombay Times.

Talking about her learnings from the show, the actress said how it transformed her physically as well as mentally since the Naagins earlier have set quite the high precedent. She added how she had to leave the experience from her previous shows behind in order to learn new things.

Her chemistry with Sharad has been another highlight of the show. Talking about how it has been received well, she mentioned how she feels that sparks fly on-screen when two good-looking people are cast in the show and that holds true for the two of them. She added how Bani and Veeranshi's opposing characteristics also helped the chemistry shine and also added how their director Ranjan Kumar Singh along with the entire team made sure that even in case of apprehensions about romantic scenes, it was all good once the scenes were done. She added how Sharad is a great buddy and it was fun working with him and Mohit Sehgal.

She also spoke about dealing with comparisons and revealed how she took it in her stride and that helped her become better. Further, she mentioned that the reasons behind a show not doing well as the previous seasons could be many, however, people criticize it rather than just enjoying the one-hour episode. She mentioned how there is a lot of negativity in the outside world and when people watch TV shows, they should avoid being critical. She concluded by saying how they have all worked very hard and gave the show their best.

+ 3
19 days ago Waiting For Your Upcoming Projects Surbhi. Come Back Soon.