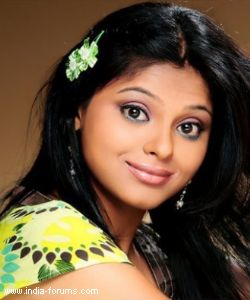 The actress who was last seen on Imagine's Looteri Dulhan will be entering Zee TV's Bhagonwali - Baante Apni Taqdeerli as Nilu, a childhood friend of Guddu Shukla (Himmanshoo A Malhotra) in the coming spell. The creative is still deciding on her character sketch but we hear that she will have an arts background.

We contacted Supriya who confirmed the news, "Yes I will be playing an important character in Bhagowali; the character I am playing is very vibrant, colourful and positive.

As Guddu and Rhunjun (Nivedita Tiwari) live separately, their relationship is living on a sword currently. Will Nilu be the peacemaker or will she widen the gap between them is something we leave it on you to decide...

9 years ago All the best, Will watch just for you supriya, Zee if you can cast Sharad Kelkar with Supriya Kumari that would be biggest gift for the fans who are madly waiting to see their fav couple. please...

9 years ago I would like Neelu not to be the other women - since they are old friends there can be a little flirting or silly nook-jhoonk which to the people who do not know them look like serious flirting but its not it just Guddu-Neelu remembering old times and having fun. This way we get some insight into Guddu's past and flesh him out ..showing how a son of a principle becomes a gunda...
CV's if you are listing please do not go the Other Woman route too many other show have 1man2woman ...since most of your audience is women ...Please respect us.
We are the once who decided what gets watched in most homes and we are letting our voices be heard more and more..

+ 2
9 years ago Welcome to the show dear...Hope your character in a positive 1 in Gunjhun's life and you try to bring them together again and you don't fall in love with Guddu and take advantage of Runjhun absence!I'm really tired of "the other woman" track in many shows (as orianthi said) please be different this time..

cherrish 9 years ago wawooo its so... gud to see u on screen i am so happy i'll see u again all d vryyy best i know u'll rock d show

9 years ago All the best Supriya...Would watch this show only for... U will surely ROCK which ever show u would get into..Waiting to see u finally get back on screen and hopefully this character justifies ur talent.

+ 4
9 years ago Oh yea! I had forgotten about Neelu. I hope she is a postive character

9 years ago I hope that she is not a ZEE TV OTHER WOMAN I'd stop watching if this is so.

9 years ago Ok don't watch this show..BUT for supriya 'll start watching it..wish it was Sharad opp. her in this show..as n on-screen couple (Bairi Pya), they share an Amazing chemistry and have a huge fan following !!