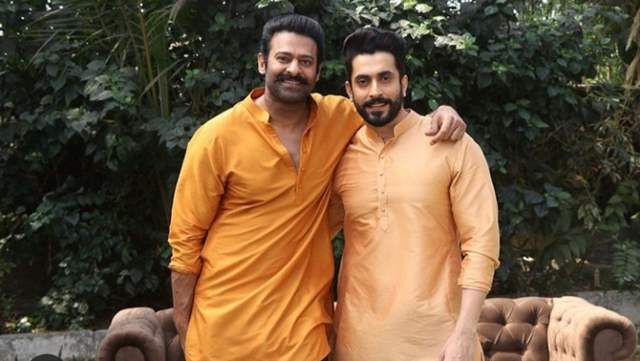 Actor Sunny Singh who will be seen with Prabhas, Kriti Sanon and Saif Ali Khan in ‘Adipurush’ is waiting eagerly for it’s release. The film is directed by Om Raut.

Recently, Sunny uploaded a happy picture with his co-star Prabhas as they completed 100 days of the film.

The actor shared the picture with his fans on l his Instagram handle. Along with the picture, he wrote a sweet note for the superstar.

“@actorprabhas our paths may change as life goes on but the bond of friendship will remain strong. It is overwhelming working with you big brother @actorprabhas ? 100 days of #adipurush ”

“Happy Birthday to my big brother @actorprabhas ! Working with you has been such a revelation and the emotional bond we share is next to none Wishing you all the happiness in the world (heart emoji)

The mythology film has a star-studded cast and Singh couldn’t be happier about getting to work in such a film.

Sunny feels Prabhas is like an elder brother to him. The actor said,

“The best part is that the entire cast is great, everyone fits their character. Prabhas is like an elder brother and we have that chemistry, on and off camera. The best thing about him is that everyone knows he is a star, yet he is so simple".

Meanwhile, Sunny will be seen essaying the role of Laxman while Prabhas plays Lord Ram and Kriti will be seen playing Goddess Sita.

Speaking about his prep, he shared earlier,

“For the film, I'm on a strict diet taking not more than 50% of carbs and 50% of protein. Sometimes I have around 15 eggs a day or 10 and then I make sure I eat 4-5 meals in a day. Both Prabhas and I have to look muscular, and nicely bulked up for this role. We are bulking up naturally without any steroids or supplements and taking normal whey protein, that's it.”

The film is slated to release on August 11, 2022. It will be released in Hindi, Telugu, Tamil, Kannada and Malayalam.