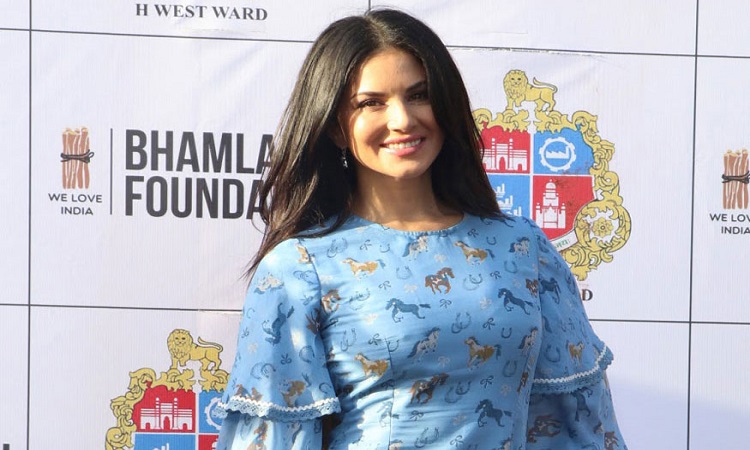 Sunny Leone will be seen in Rajeev Wallia's film, "Tera Intezar" in a lead role opposite Arbaaz Khan. The actress has been busy promoting the film and so recently she visited Delhi for the promotions. As reported before Delhi's cold weather has turned into smog at streets and comparatively, Mumbai has never been so cold.
Sunny was supposed to accompany Arbaaz Khan to promote their film in Mumbai at an apparels shop but, the actress couldn't make it because of her bad health.
According to a spokesperson, "After the few days of promotions in Delhi, the actress recently came back to Mumbai just to promote her film. But, at the last moment, we got to know that she is unwell and won't be able to make it to the event. She was upset about not attending the event but, falling ill due to the change of weather from Delhi to Mumbai couldn't help and forced her to skip the event."
However, now that the film has been shifted to release on December 1, at the place of Padmavati the makers are leaving no stone to promote the film as much as possible.
Produced under the banner of Bageshree Films, it will also have a clash with Kapil Sharma's "Firangi".
Featured Video