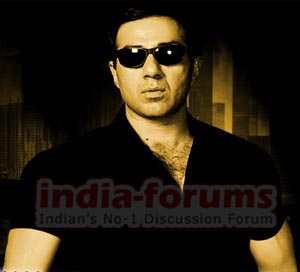 After the success of movies like 'Iqbal', "Apna Sapna Money Money', and others, Mukta Arts has decided to invest in a sure-shot blockbuster, and has therefore signed up with Sunny Deol. Needless to say, it is an action-thriller, titled 'Right Ya Wrong', and will release in early 2008.

The scriptwriter, Neeraj Pathak, has been with Subhash Ghai since 'Pardes' days. He has also written 'Apne', starring the Deols. Other members of the cast include Irrfan Khan, Konkona Sen Sharma, Ishaa Koppikar, Kirron Kher, Aryan Vaid, and Anjan Srivastava.