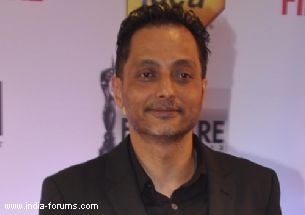 "Really hoping 'Shaadi Ke Side Effectss' kills it tomorrow (Friday) for obvious biased reasons. Too many people I love are in that film," he tweeted Thursday.

Ghosh had worked with Nandy on "Jhankaar Beats" in 2003 and Vidya had featured in his 2012 directorial "Kahaani".