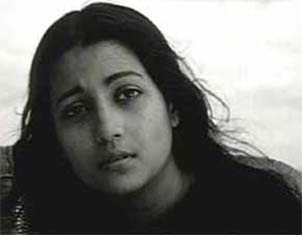 Veteran Bengali actress Suchitra Sen is not out of danger yet, a doctor said Saturday. The ailing legend needs oxygen support.

"Almost the entire night (around four to five hours) yesterday she was on non-invasive ventilation. She is weak and is sleeping," Subrata Maitra, a member of the team of experts attending on Sen at the Belle Vue Clinic here, said Saturday.

She is on an oral prescribed diet which is being supplemented with peripheral nutrition through intravenous channel to fulfill her dietary requirements, the medical bulletin said Saturday.

"Though her oxygen saturation level is not normal, for her condition, we feel it's alright," said the doctor.

According to the report, her oxygen saturation has "stabilised to some extent, with wide variation".

The actress, who has shunned media and public for decades since her retirement from the film industry, initially suffered chest infection.

The 82-year-old actress was undergoing treatment for it at the nursing home since Dec 23. Her condition worsened Dec 28 night.