Q. On what basis do you choose a film and your role?
A. I consider almost everything from a good story to my role in it, the director to the production house. But most importantly I see that the script is excellently written.

Q. What’s the best compliment that you have got so far?
A. Oh, there are too many of them. I like it when my performance moves the audience. I never delete those SMSes with compliments. 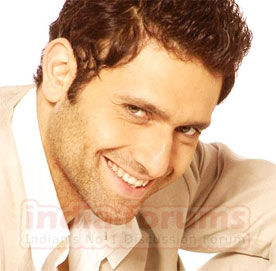 Featured Video
Q. There has been a rumor that you can go to any extent to gain publicity?
A. The kind of person I am, I like my work to do the talking. . I never try to get any false kind of publicity. At the end of the day I very well know that I would only get my due because of my work.

Q. Why have you done more of serious roles until now?
A. Even now I feel my career is not very old.  With time I would be doing comedies and experiment my acting talent in different genres of films.

Q. You are one of those few actors, who started with critically acclaimed roles like in ‘Sins’, ‘Hazaaron Khwaishein Aisi’ and then ended up as a bankable commercial star with films like ‘Woh Lamhe’, ‘Gangster’, ‘Zindaggi Rocks’, ‘Bhool Bhulaiya’ etc. How does it feel?
A. It’s nice to do a wide variety of roles. It certainly enhances one’s acting skills. It expands one’s vision and your choices also become wider.

Q. How is it working with different kinds of directors?
A. The packaging of the film just keeps on changing while the school of acting remains the same. I have to adapt my acting style with the kind of director I am working with. I really enjoy working with Sudhir Mishra who brings out the best in me- first in ‘Hazaaron Khwaishein Aisi’ and then ‘Khoya Khoya Chand’.

Q. How do you cope up with rumors and gossips?
A. I take them as a joke, laugh and forget all about them. I was surprised when I saw an article blinking on the net about me playing the character of Bhoothnath in one of Rituporna’s (Ghosh) films which was such a wrong piece of info.