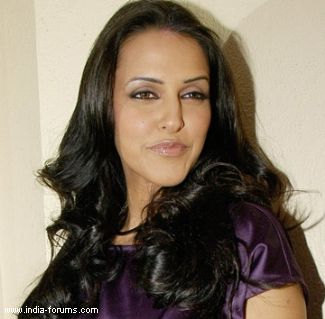 Actress Neha Dhupia is glad that the portrayal of women on the big screen is changing from the homely, simple and innocent character to a bolder and stronger one. She is however not sure how long this transition will last.

"It is a great thing that filmmakers have started looking at women characters with a different perspective. But we need to see how long it will last," Neha told IANS in an interview.

"It's not like Madhur (Bhandarkar) wasn't doing it before. There were directors who have worked with actresses like Rekha and Sridevi. Now just because you have a film like 'The Dirty Picture', it doesn't mean the change is happening everywhere.

"I can't name more than one film like that. There are not many such women-oriented films being made. There may be one or maximum two. It has always been a male-dominated industry. But it is changing, which is a good thing," she added.

The former Miss India made her Bollywood debut with 2003 film "Qayamat: City Under Threat", where she played Ajay Devgn's love interest.

She went on to do bold films like "Julie" and "Sheesha" but later shifted on to performance-oriented roles with films like "Mithya", "Delhi Heights" and "Phas Gaye Re Obama".

Neha says it's welcoming to see out-of-the-box ideas in Bollywood.

"It is not just the filmmakers, writers and producers but also the actors who are aware of the fact that they want to do something far more engaging," she added.

The actress is now looking forward to the release of her upcoming film "Maximum", also featuring Sonu Sood and Naseeruddin Shah.

She plays Sonu's wife Supriya in the film. Directed by Kabeer Kaushik it is slated for release June 29.

The film was recently showcased at the 13th International Indian Film Academy (IIFA) weekend and awards held in Singapore.

Though it is a male-dominated film, Neha is confident she will make an impression on the audience.

2 Weeks After Marriage, Poonam Pandey Gets Husband Arrested ...
41 minutes ago