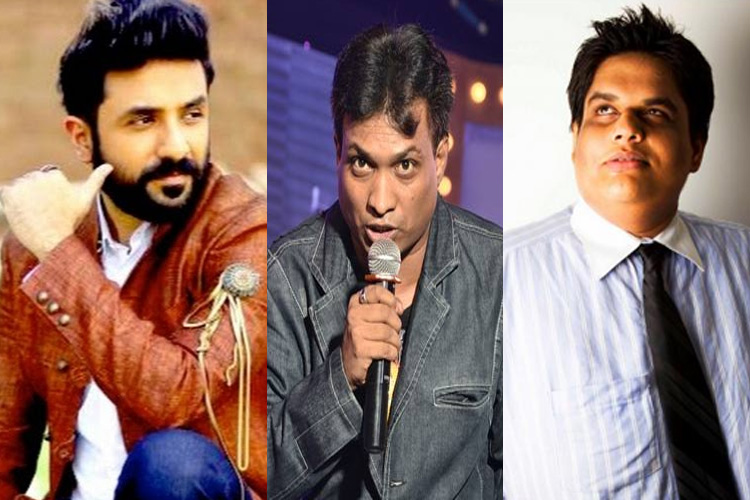 For the past couple of days, the talk of the town has been the popular comedian, Sunil Pal's remarks on a debate in a TV show.
It so happened that Sunil was invited to discuss censor board chief, Pahlaj Nihalani's reservation against the use of the word 'intercourse' in an upcoming film.
While everyone else had their own take to it, Sunil ended up slamming younger comics for the usage of sexual references in their gigs. Going on to say a lot about the issue, it was inevitable to have a response.
Several comedians have been enraged about the saga and while the clips are doing the rounds online, popular comedians and writers, Vir Das and Tanmay Bhat (All India Bakchod) have expressed their take.
Here's what Vir posted -

And the one from Tanmay Bhat -

What do you have to say about the same? Leave in your comments below...
1 Likes

Vir Das’ neighbor Threatens to Assault after Sneezing over him for ...

Vir Das On How Comedy Is About How Two People Can Disagree & Still ...

Vir Das Appreciates Delhi High Court for its support by Declining a ...

Nikkhil Advani Feels Hasmukh's Writing Could Have been much better, ...

Titli_Zinnia 6 years ago Sonu has always been a versatile singer..he is fabulous in all genres be it sad,romantic,funny and d list is endless

Kasu4lyfe 6 years ago I absolutely love Sonu Nigam! He indeed is one of the best singers in India. Infact after Kumar Sanu and Udit Narayan, he is the best!

visrom 6 years ago I owe my little bit of knowledge of sur and taal to Sonu Nigam...when I used to watch Saregama on Zee in the 90s. Till then I knew very less about old Hindi songs. Sonu's show prompted me to start searching for old songs and listening to them...I learnt so much from him. He's my music guru. Miss such genuine music talent shows on TV. now it's all about being a performer and having a personality.

preity4lyfe 6 years ago I love Sonu Nigam's beautiful voice and he has a great humble way about himself. Best of luck on your future projects

Yuvika_15 6 years ago great singer! but I heard he wants to retire! bad news if its true!