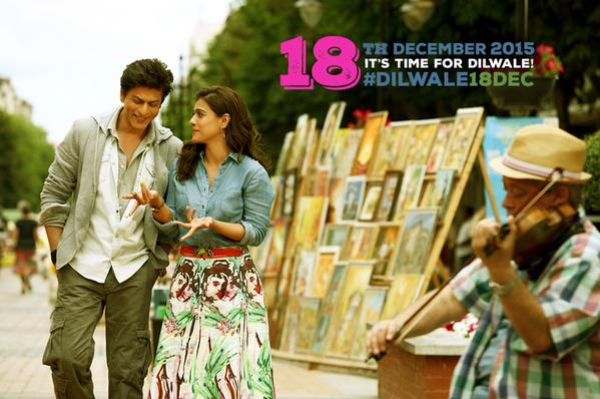 The "Chennai Express" actor, who is currently shooting in Bulgaria for the movie, took to micro-blogging website Twitter and thanked the crew for pulling off the action scenes in the upcoming comedy-drama film.

"Doing some really cool car stunts and have to thank the team of guys who take such high risks to get the shots. Quite Awesome. #Dilwale," the 49-year-old actor tweeted.

"Dilwale" will see the return of the SRK-Kajol pairing on screen. They were last seen together on the silver screen in Karan Johar's 2010 drama film "My Name Is Khan".

+ 2
5 years ago Kajol love you so much...waiting for the movie to get on heels