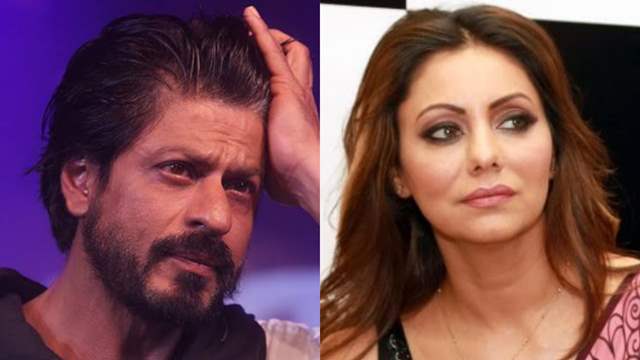 Shah Rukh Khan and wife Gauri Khan are going through a personal crisis with son Aryan Khan being arrested by the Narcotics Control Bureau on October 3.

He was detained by the investigating agency after drugs were seized from a cruise party, where Aryan was a VVIP invitee.

Senior Advocate Satish Manshinde has been trying hard to get bail for Aryan Khan, but the hearing has been postponed now to October 13.

During this tough time, Shah Rukh and Gauri have been devastated and shaken.

According to India Today, a source revealed that soon after Aryan’s arrest, SRK sought legal advice, reaching out to several experts in the country and advocate Satish Maneshinde had assured the superstar that Aryan would be out soon.

However the 23-year-old’s bail plea was rejected on the grounds that it was ‘unmaintainable’ and that news shook the family.

His next bail plea appeal was argued by senior advocate Amit Desai, who had got Salman Khan acquitted in the infamous 2002 hit-and-run case.

Shah Rukh and Gauri are reportedly spending sleepless nights with the constant follow-up in the case and have been constantly checking on Aryan’s health too.

According to the news portal, the power couple makes multiple calls throughout the day to check on Aryan’s health.

The actor called off the international schedule of his upcoming film ‘Pathan’ and also postponed the shoot of Atlee’s next.

SRK is the brand ambassador for the application and sources informed IANS that the company decided to stop all ads featuring Shah Rukh Khan, apparently after social media users criticised the edtech company for endorsing ads featuring the actor.

+ 4
1 months ago Well… they are the parents, aren’t they? Why won’t they care about their son? 🧐 The fact that this is news is absurd to me.