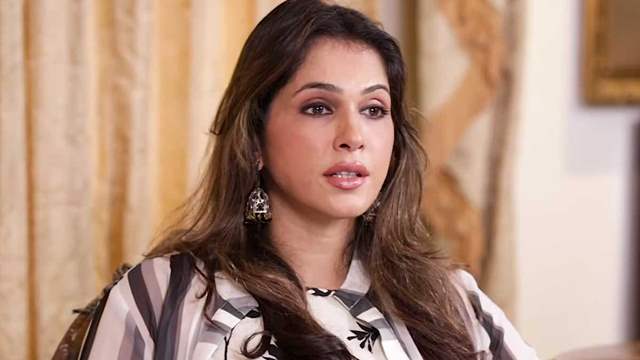 Isha Koppikar has portrayed a wide range of characters, but she is most renowned for her daring cop performances, which is why she is affectionately nicknamed Copikar.

She has previously played cops in films such as Kya Kool Hain Hum and Shabri, and she is going to portray an IPS officer in Ram Gopal Varma's web series Dhahanam. It will be available on MX Player on April 14th.

When asked about her absence from cinema these days, the actress said ,

"Now that there is ott, it's more content-driven so now a lot of actors are getting their fair chance to act. I don't like working just for the sake of working. I have a lot on my plate.I have a start-up of my own in the hospitality business, also m trying my hands in politics."

"Kaam karne k liye kuch acha ho. I got a lot of scripts. Since my daughter was 3 months old I have been working. But I think the south has understood my value more than Bollywood has."

Dhahanam is a crime thriller about a boy seeking vengeance for the death of his father. The programme is produced by Ram Gopal Varma and directed by Agasthya Manju and is set against the backdrop of a burning desire for retribution, bloodshed, and persecution.

In crucial roles, Isha Koppikar, Naina Ganguly, Abhishek Duhan, Ashwatkanth Sharma, Parvathy Arun, Sayaji Shinde, Abhilash Chaudhary, and Pradeep Rawat will appear. The show was originally produced in Telugu, however, it has also been dubbed in Hindi and Tamil.