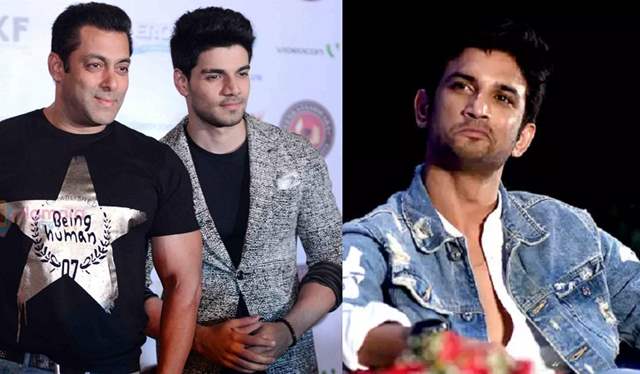 Sushant Singh Rajput’s death has left everyone in shock. While the reasons behind his suicide are still a mystery, a lot of theories have been circulating around the tinsel town, one of which seems to be pointing at Sooraj Pancholi and his alleged relationship with Sushant’s former manager Disha Salian.

Opening up about the rumours on Disha being pregnant with his child, Sushant, who apparently had a scuffle with the actor since 2017, being aware of the situation and Salman Khan protecting him from such circumstances, Sooraj shared,

What scuffle with Sushant? I never had any argument with him, which I have clarified before as well. And, why will Salman Khan get involved in my life? Does he not have other things to do? I don’t even know who Disha is, I have never met her in my life. I found out about her after Sushant’s death, and I feel bad for the families involved. Someone has written this rubbish on their personal Facebook page, made it into a movie script and put it out there.

Sooraj went on to share that Sushant was like a senior to him and was way more successful. He revealed,

None at all. He was senior to me and way more successful. I was not in his league to even compete with him. I was nowhere a threat to him. He treated me like a younger brother. Whenever we met, we either spoke about films or my fitness training. When the article about our ‘tiff’ came out in 2017, it was Sushant who had reached out to me. He told me, ‘Bro, yeh koi faltu article aaya hai saying Salman bhai is angry with me. Can you please give a statement to clarify this?’ He thought it would be better if I stated the facts, as the story claimed that he misbehaved with me. I clarified the reports. We met for dinner at a friend’s place after that in Bandra, clicked that funny picture where we posed like we are fighting and that’s it. We had each other’s numbers. He called me for movie screenings, and I even went for Raabta screening. We must have met around four-five times.

Now that Sooraj Pancholi has clarified his stance on being trolled and harassed for the ongoing controversies, only time will tell how the actor copes up with the allegations.

pyar-ishk a month ago This loser is the impediment of nepotism, and we haven't forgotten his connection to Jiah Khan suicide, He right on his best day he could never be compared to Sushant. Please no more articles like this , we as fans get mad over again and can't healed reading these stories. BAS

Did Natasa and Hardik Accidentally Reveal Their Baby Boy’s ...
30 minutes ago

Adnaan Shaikh & Jumana Khan come together for a song with ...
37 minutes ago

Aly Goni feels that Surviving Alone without our Loved ones ...
57 minutes ago