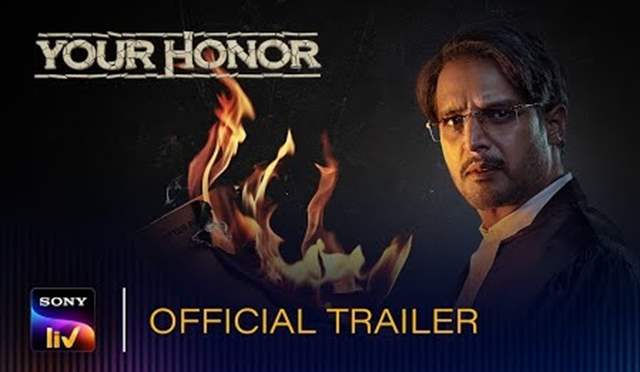 Even the midst of the ongoing lockdown, the OTT platforms have managed to keep the viewers entertained with a wide variety of digital content. Several intriguing and heartwarming shows have been released in the quarantine period, keeping the viewers on the edge of their seats.

It was just recently that SonyLIV released the motion poster of its upcoming web series 'Your Honor'. Ever since the announcement, the viewers have been waiting to know more about the same and today, they dropped the official trailer of the series as well.

SonyLIV took it to it's social media account to drop the trailer with the caption, "Drumrolls. The wait is finally over! Check out the trailer of our all new Original series ‘Your Honor‘. Watch, like, share, repeat."

Adapted from the Israeli series Kvodo, Your Honor chronicles the life of an honest and upright man, Bishan Khosla, who is to be promoted as a High Court Judge. But fate has different plans when his son gets involved in a hit-and-run case. Caught in the dilemma between family and morality, will the judge in him be able to overrule the system? Witness Bishan’s fall from grace as he uses his wits and knowledge of the law to save his son. Directed by the prolific filmmaker E Niwas, the series features Jimmy Sheirgill, Varun Badola and Mita Vashisht in the lead.

Have a look the Trailer in the link below:

Kubbra Sait Slammed By Kangana For Supporting ...
20 minutes ago