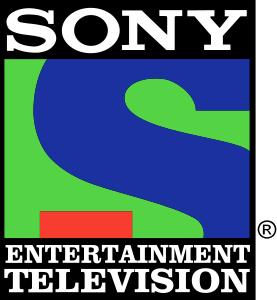 Buzz is that popular entertainment channel Sony TV is all set to launch a brand new channel adding to its existing bouquet of channels. Says a source, "This particular channel will be a sister channel of Sony TV and along with SAB TV it will be the third General Entertainment Channel churning out Hindi content for Sony viewers."
And what happens to the existing channel? "While SAB TV will continue with its comedy fare, the existing Sony TV will have more of non-fiction and reality shows. As it is the channel is focusing on crime based shows and thriller genre with shows like CID, Crime Patrol: Dastak, Adaalat, Encounter and all so the new channel will have proper fiction shows."
The viewers can expect to see an exciting line-up of shows catering to the audience, "Love stories, Romantic shows, Family dramas and more... this is what should be expected from the new channel which will probably be titled Sony 2."
With things getting finalized the channel is expected to launch by the end of this year. "That is probably the reason why Jaya Bachchan's fiction show is still on hold whereas Amitabh Bachchan's show will probably come on the existing Sony TV after the upcoming Kaun Banega Crorepati Season 8 gets over. Saurabh Tewari who has turned into an individual producer with Rangrasiya will be doing a show under his new banner and so is Farhan Salaruddin who has struck gold with his maiden solo production Beintehaa on Colors."
That's not all, the channel plans to get back old but popular programmes as well, "To attract loyal viewers they are also planning to have shows like Kehta Hai Dil... Jee Le Zara make a comeback. The show was quite popular and with Seasons becoming popular the show might comeback in its Season 2 avatar. There has also been news about Season 2 of Saas Bina Sasural which might happen on the new channel. With remakes becoming popular there is also a possibility of the popular show Jassi Jaisi Koi Nahin being remade just like Kyunki Saas bhi Kabhi Bahu Thi is being made once again for Star Plus," concludes our source.
We tried getting in touch with the channel authorities but didn't get any response, however the channel spokesperson had this to say, "Even as we are talking all I can say is that everything is still in the work in progress stage. Planning is still going on and there is no official confirmation date as such about when the channel will be launched or what kind of programming line-up is set up."
Well, all we can say is that the viewers will be most happy to get a whole new channel serving a variety of programmes for them.
Seema Khot Mattoo

6 years ago wonderful. JLZ will be back... great news

+ 4
6 years ago This is wonderful news. Rangrasiya rocks. Would be great to see the repeat telecast of the great show by YRF - Kismat!

6 years ago waiting for KSBKBT season 2 for hiten gauri

Aaqritee 6 years ago Wow.. This is a great news. Love all the serials of Sony. It will great to see the season 2 of jassi, sas bina sasural, Jee le zara. Really missing Ruslan mumtaz. I hope they come up with the same cast as previous season. Ruslaan and sangeeta for JLZ.. Apurva and Mona for JJKN, Ravi and Aishwarya for SBS.. if this happens then Sony will b the best. I want Mahi Way season 2 as well. Really missed mahi way. Sony 2 plz bring mahi way as well.. Eagerly waiting for these shows comeback.