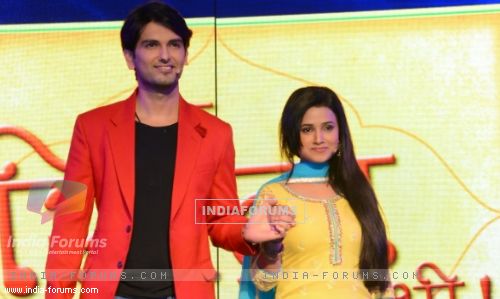 Sony Pal's Ek Rishta Aisa Bhi has been doing quite well with the audience for the drama it is building up for the viewers by the makers of the show. TellyBuzz has been reporting you about all the major high points that are taking place in the show.
Well, the next update that we have received from our source regarding the show is that of Raghav (Rahul Sharma) challenges Sonia (Preeti Chaudhary) to confess her love in front of everyone.
Adds our source, "Viewers in the upcoming episodes will see Raghav challenging Sonia to confess her love for him in front of the entire family. He asks him to say 'I Love You' in front of the everyone and also warns him that he will not speak to her until and unless she accepts the challenge and confronts her love for him. Well, listening to this, Sonia smartly reverts Te Aamo (I Love You in Spanish). Later, viewers will see that Khushi (Divya Naaz) had once asked Sonia the meaning of Te Aamo and during this entire scene, she tells her that Te Aamo means I love You in Spanish. Seeing Sonia speaking about this, Raghav gets stunned and impressed at the same time. All-in-all, it is a cute scene."
Te Aamo huh! Cute scene indeed!!
Keep reading this space for more updates on your favorite shows.
Upasana Patel

9 years ago His movies are awesome!
The songs from his movies are soul stirring, heart touching, sweet & melodious!
This song is also very sweet "Dheere dheere chal..." from the movie "Love Marriage".
R.I.P

and many many more...

+ 5
9 years ago i love all his songs...and hell definately live on forever!...
its so sad that this year two of my fav old actors passed away...
him and shammi ji...
God Bless them
they will always stay away!

I haven't watched any of his movies BUT the fact that i know almost all his songs shows how famous he was.. his movies were.. How famous his songs were..

9 years ago The news is so sad. The fact that I know a lot of the songs listed above, without having actually seen the films, just goes to show what a legend Dev Anand was.

May his soul rest in peace, and may his loved ones have the strength to cope with such a loss.