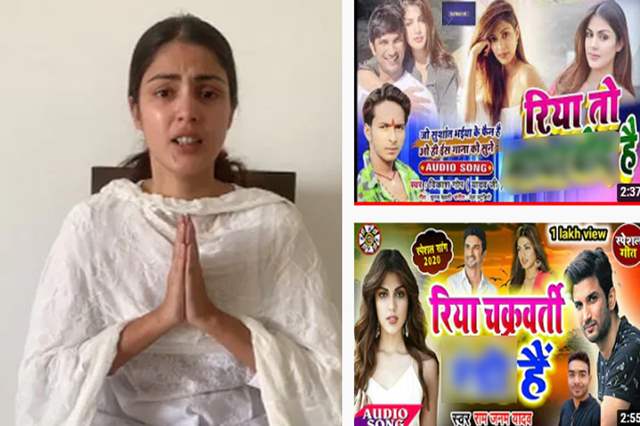 The case of Sushant Singh Rajput indeed has everyone's attention and while everybody does seem to have their own take to the whole ordeal so far, things seem to be going out of hand now. The case, currently having actor Rhea Chakraborty in the center of things has managed to spark several debates, many of which have resulted in abusive exhanges and a large section of people even abusing and threatening her.

Even though none of this acceptable in any sense, a recent incident has managed to attain quite a lot of fury too.

Bhojpuri songs abusing Chakraborty have currently gone viral on the internet post which National Commission for Women (NCW) Chairperson went on to demand action against the singer. Chairperson Rekha Sharma, on Tuesday, slammed these songs that use filthy language against a person. Demanding the singer’s arrest and condemning such songs abusing a person, she tweeted, “This man Vikash must be arrested. Why can't we let law enforcement agencies work when they are already investigating the case. Even if someone is guilty, no one has the right to use such filthy language against the person. Let the law takes its course. @DGPBihar @bihar_police.”

In the tweet, Rekha Sharma referred to the Bhojpuri song by singer Vikash Gop, and the poster of the song reads, “Jo Sushant (Singh Rajput) bhaiya ke fan ha, woh is gaane ko sune (Sushant’s fans must listen to this song).

AbhayKapoor12 1 months ago This women deserved to get in jailed. Gold digger

Priyanka Chopra Expected to Win an Oscar? To be One of the ...
42 minutes ago