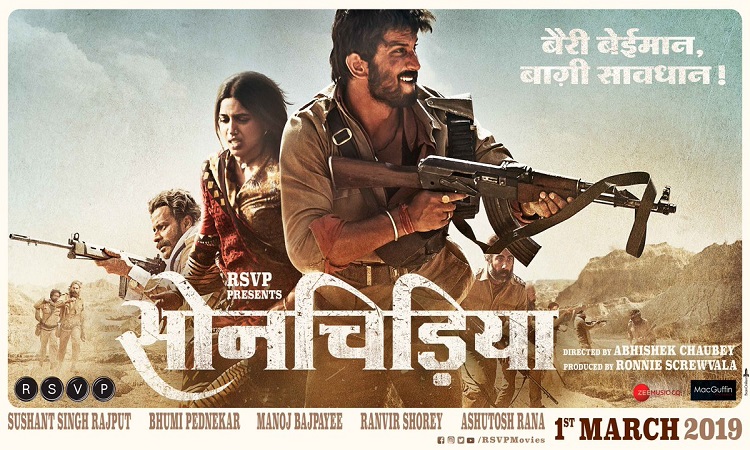 Abhishek Chaubey's Sonchiriya which is all set to release this Friday has created immense buzz owing to the film's intriguing and rustic storyline.
Offering a rooted tale tracing back to the glorious years of dacoits in the 70s, Sonchiriya is all set to showcase the shades of well-known dacoits, Phoolan Devi, and Daku Mangal Singh prominently in the film.
The ravines of Chambal aka Beehad have a special place in Northern-Central India's folklore. The stories of dacoits like Phoolan Devi, Paan Singh Tomar, Man Singh, and Nirbhay Singh Gujjar are still household tales in these areas and are often narrated by grannies.
Sonchiriya is a masterpiece which talks about Bandits. Out of which, Phoolan Devi's character is prominently shown in the film. Popularly known as Bandit Queen in that era, Phoolan rose to fame after she allegedly massacred 22 Rajputs in Behmai village in February 1981.
Daku Man Singh who is perhaps the most feared dacoit in the history of Chambal will be played by Manoj Bajpayee who will once again slip into the character of a dacoit.
Ashutosh Rana will essay the famous Gujjar Daku one of the dacoits who took away many lives.
Produced by Ronnie Screwvala's RSVP the Abhishek Chaubey's directorial is set to release on March 1.
0 Likes

Yeh Hai Chahatein shoot called off for the first time post ...
15 minutes ago

ZEE5 drops the teaser of it's upcoming web series 'Bhanwar'! ...
27 minutes ago