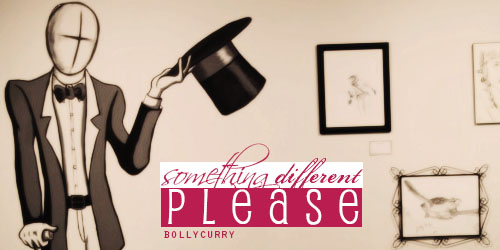 When will Bollywood realize that not everything is as simple as repeating the same role or story line again and again? In the day and age when creativity is at its peak, when movie-goers are enjoying variety, and when different is the new "in", there are some Bollywood celebs that seem content continuing along the same lines for box office success. While some have experienced this success, most are starting to fail. Thus, today we take a look at some of those Bollywood celebs who should try something new to increase longevity. 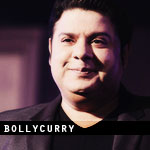 What can we say? Sajid Khan is quickly becoming a BollyCurry favourite. Firstly, he has an ego the size of the moon that has hopefully deflated with the debacles of Himmatwala and Humshakals. Secondly, he directs movies that have no story. Since when has romance, running around after multiple heroines, a supposed case of mistaken identity, and overdone comedy become a story, Mr. Khan? Maybe it's time you actually wrote and directed a story. After all, the worst that could happen is that people would actually watch your movie, like it, and it would go on to become a hit. Small price for putting your thinking cap on, right? 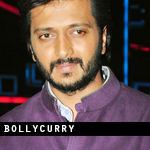 Aata maji bhi satkali (we've lost it as well). Every time Riteish Deshmukh enunciates yet another Marathi dialogue, all we can do is cringe. It's starting to get a bit too much, Riteish. We get that you're proud of your Marathi background, but give us another Rakesh (his character name in Ek Villain). It's not that hard either. All you need is a bit of a push from another director like Mohit Suri and maybe you'll finally break out of the image of a Marathi mulga (boy). 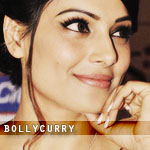 Oh, we're so scared of this next celebrity, Bipasha Basu! Bips, you may be happy being the Horror Queen, but we aren't. Year after year, movie after movie, all we see is a scared expression, a not-so-scary ghost or creature, and, in recent times, a debutante. It seems the established actors are starting to predict the fate of these movies too, huh? Ms. Basu please, we beg you (or maybe we'll scare you since that works better) to try something new! Go back to romance, or do action, try comedy, just do something other than horror! Because you're obviously not scaring us, just boring us to death! 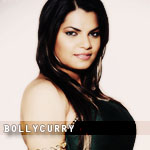 What do songs like "Munni Badnaam Hui", "Chamki Jawaani", "Anarkali Disco Chali", "Aa Re Pritam Pyaare", "Fevicol Se", "Pinky", "Tooh", and "Madamiya" have in common? Actually they have 2 things in common. They are all item songs and they have been sung by Mamta Sharma. Imagine if Mamta Sharma sang "Teri Meri" from Bodyguard, "Manwa Laage" from Happy New Year, or "Bheeg Loon" from Khamoshiyan! Now, that's something we would really like. So Ms. Sharma take our opinion into account - leave the item songs, and try something romantic. It'll be a nice change. 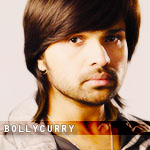 Himesh Reshammiya, there was a time when we really loved you because you were a stellar music director. Today you're a producer, an actor, a singer, a writer, a lyricist, a background music composer, and, oh yes, a music director. Because you're doing so much we've forgotten that you're a music director and it seems that so have you because nothing is going right for you anymore. Take our suggestion - take off all the extra hats you're donning and go back to the basics! 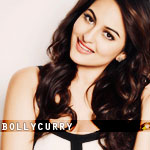 Going back to actresses, our next pick is Sona dear, as in Sonakshi Sinha. She made a grand entry with Dabangg and then forgot that she was an actress! Ms. Sinha, we're getting kind of tired - actually make that fully tired - of your abla naari, comic, love interest roles. All you do in your movies is stand around, look pretty, articulate a couple of dialogues, sing and dance to a few songs, romance the hero, get into trouble, and then get saved. A five-year old can probably do that now. Please give us another Lootera, Ms. Sinha! We really need it! 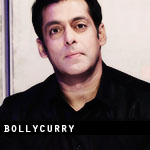 Just because we're getting older, it doesn't mean our actors are. First up is Sallu miya or Sallu bhai. While we, at BollyCurry, are fans of Salman Khan, we can't help but notice that his actresses seem to get younger in age as he gets older. While they still look good on-screen, Salman, please start acting with the heroines of your age and let the young heroines debut with the new generation. Your fans will still love you as much! 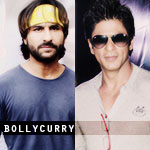 The same applies to two other Khans - King Khan aka Shah Rukh Khan,  and Chote Nawab aka Saif Ali Khan. Please stop your attempts at looking younger by masking the wrinkles that are so obvious. It's hard to hide wrinkles and the fact seems to be further proven with your attempts, especially when you appear onscreen, crinkle your face, and the make-up gives way to the wrinkles. Growing a beard and a moustache doesn't mask the age either ; they just make you look more aged. 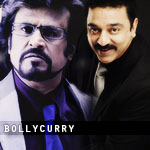 Anyone up for some youth potion? We would sure like the youth potion that Kamal Haasan and Rajnikanth are taking that allows them to continue acting like heroes with much younger heroines. While we have immense respect for these two actors, we can only say that when your children or their spouses start acting as leads, then its time to retire from the hero roles and take on more age-appropriate roles, especially when a man just a couple of years older is openly showcasing his age as Bhootnath or as an aging father fighting against the system.

There was a time when repetition was best and when Bollywood artistes were openly accepted for continuing to do the same thing again and again. But as times change, so do moviegoers' tastes and with those changing tastes there is a demand for new and different things. These are just a couple of artistes we think would do well to try something new. Do share your views and who else you think needs to do something different. Until then, here's wishing that maybe 2015 will bring some changes in these artistes.
Writer: Shreya S.
Editors: Tanisha N. and Gunia K.
Graphics: Virina R.
Do you have a suggestion or comment for BollyCurry? Drop us a PM at BC_Dropbox today!