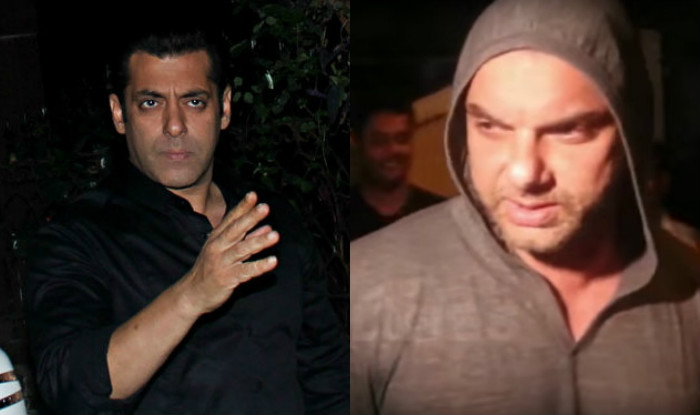 Sohail Khan and Salman Khan, who teamed up  for their latest release Tubelight, are at the receiving end of critics bashing! The movie has been given low ratings by the critics.
Salman had recently gone on record to say that  he only cared about the response of his fans and that critic ratings never bothered him much.
And now, brother Sohail, who played the role of Bharat Singh Bisht in the movie opened up about the same. He was quoted as saying, "Salman Bhai would be really worried if his fans and the people, who pay money to watch his film, were not happy. Because he really is concerned about the ticket-paying audience which must not feel let down at any cost. Of course, the critics have every right to feel whatever they think right. And Bhai accepts that without prejudice or suspicion. But, they should avoid personal comments and barbs aimed at an actor's personal life. Please review the film, not Salman Bhai's life." (sic)
He further added, "It is what the public feels that bothers him. Salman Bhai is a responsible actor. Contrary to his image, he takes his duties towards his fans very seriously." (sic)
Well, have you watched Tubelight yet? Did you like it? Leave your comments below!

cheeno 3 years ago I don't know other states but for Florida and Texas the news for this movie are bad...people didn't like it. theatres were full but it doesnot mean that the movie was good it was their anticipation to watch a nice movie which turned out not so good, they sat there for the sake of time pass and as they paid for ticket.

KaShforever06 3 years ago Tubelight is one of the best movies. It is such a emotional movie which portrays two brothers relationship so well. Cried during each emotional scenes and laughed my heart out at every funny scene. Theater in Pittsburgh (PA, U.S.A) was full of people which doesn't happen in a lot in our city specially for an Indian movies. That's what salman khan does for you in theaters there were people of all ages from 5-70 and all of them enjoyed the movies. Defiently would go watch it again before it goes off theater.

Those who haven't watched this movie yet must go watch it. It's worth the money. You will come out of the theater crying.

review
Review 'Bandish Bandits' Hits The Right Tunes With its Acting ...
33 minutes ago