Bollywood has given us some beautiful and soulful singers. With the list of singers overflowing, there are certainly few singers that might have not been in the limelight or have been AWOL for a long time. However, they have still managed to make a place in our hearts and we definitely crave to hear them more. BollyCurry brings you a list of few such singers. 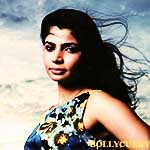 An award winning Tollywood singer, Chinmayi made a wave in Bollywood with her melodious singing for songs like "Titli" from Chennai Express (2013) and "Main Rang Sharbaton Ka" from Phata Poster Nikla Hero (2013). A year later, we heard her come back with "Mast Magan" from 2 states and "Shukr Tera" from Samrat & Co. But it was her singing Jodi with Shekhar Ravjiani in romantic number "Zehnaseeb" from Hasee Toh Phasee that left us craving for more. Well, we really hope 2015 brings more of Chinmayi Sripada melodies to Bollywood. 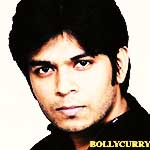 Composer and singer, Ankit Tiwari is definitely one of the brightest stars of Bollywood. With his haunting and emotion filled vocals, he came into limelight with the song "Sun Raha Hai" from Aashiqui 2 (2013). Even though he went on to sing quite a few songs, he left us craving for more with his brooding tone in the song "Galliyan" from Ek Villain (2014) and "Dil Darbadar" from P.K. (2014). With the new year, he is back with a bang with "Tu Hai Ki Nahi" from Roy and we certainly can't wait to see what more the talented singer has to offer! 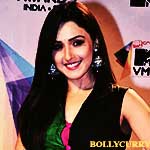 Creating a wave among the critics with her beautiful voice, she entered Bollywood with "Ishq Wala Love" from Student of the Year (2012) and established herself as one of the most coveted singers with "Har Kisi Ko" from Boss (2013). In 2014, she showcased her singing talent with various songs like "Bang Bang- Title Track", "Tune Maari Entriyaan" from Gunday, "Darbadar" from Citylights  and left us speechless with her beautiful number "Tu Hi Tu" from Kick. Now, as 2015 has just started, we really can't wait to hear more of Neeti's melodious voice. 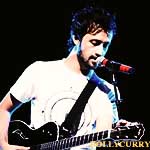 Creating a wave among the audiences with his album Doorie, he became one of the most loved singers of Bollywood with his romantic number "Pehli Nazar Main" from Race (2008). His silky and melodious voice deemed apt for many "romantic numbers", and became one of the most popular singers with "Tu Jaane Na" from Ajab Prem Ki Gazab Kahaani (2009). Later, he went on give various hits like "Piya O Re Piya" from Tere Naal Love Ho Gaya (2012), "Be Intehaan" from Race 2 (2013), "Jeene Laga hoon" from Ramaiya Vastavaiya (2013) and "Main Rang Sharbaton Ka" from Phata Poster Nikla Hero (2013). 2014 left us dry with just one song "Tera Naam Doon" from Its Entertainment. With 2015, he seems to be back with a bang with the beautiful "Jeena Jeena" from Badlapur. All we wish is that he doesn't deprive us again and keeps paving his way in our heart with more of his singing. 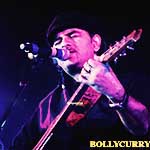 We first heard him in "Dooba Dooba" of Silk Route band way long back. But he faced Bollywood success with "Tum se Hi" from Jab We Met (2007). Since then, we have always craved for his unique voice no matter how much more we hear of him. With songs like "Masakali" from Delhi-6 (2009), "Pehli Baar Mohabbat" from Kaminey (2009), "Dooriyan" from Love Aaj Kal (2009), "Tu Ne Jo Na Kaha" from New York (2009), "Pee Loon" from Once Upon A Time In Mumbaai (2010), "Sadda Haq" from Rockstar (2011), "Ilahi" from Yeh Jawaani Hai Deewani (2013), etc, it seemed we never quenched our thirst. With his latest song "Daak Ticket" from Hawaizada, we hope the magic continues so that we are never left craving for more!

With so many singers making their way to Bollywood, there are few singers who definitely deserve a special mention like Vishal Dadlani, Benny Dayal, Shafqat Amanat Ali and Sona Mohapatra. Are there any singers you crave to listen to as well? Drop in a comment and let us know!
Writer(s): Peehu A.
Editor(s): Kalpana K.C. & Hershi J.
Graphics: Komal P.

Sona Mohapatra reveals being stabbed as an adult; hiding it because it ...