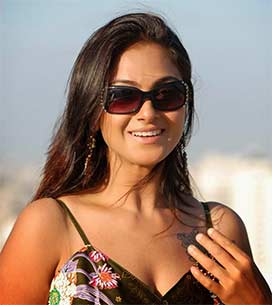 "A few years back, Simran told me she was interested in singing besides acting. I wanted to give her an opportunity back then, but things didn't work out as planned. She has crooned a song in my latest film and she has the voice to be a great singer too," Parthepan told IANS.

"We haven't recorded the song yet, but I heard her sing for us. She can really think about a career as a singer," he added.