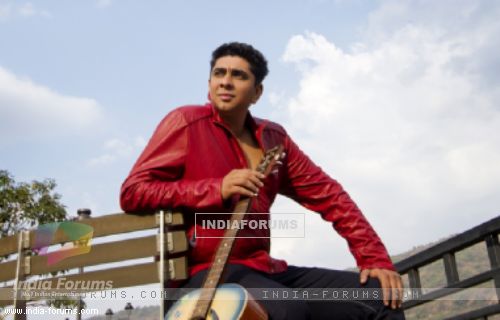 Ace producer Rajan Shahi, who is known for treating the audiences with a fresh dose of drama, unique storyline and newcomers in his shows, has recently launched a new show Itti Si Khushi on Sony TV highlighting a beautiful message ie to celebrate life and never let the kid within you die.

With Itti Si Khushi, Rajan wants the viewers to learn Nehapanti. Yes, this term has been coined by him to define Neha, who is the protagonist of the show.

TellyBuzz tries to dig deep about this show and the term Nehapanti coined by him in this conversation.

Tell us something about the concept. How did the idea originate?

My endeavor has always been to do things that are different, unique and the concept was narrated to me by Bhavna Tapadia. I felt that it's a very unique and an interesting concept. I was not very sure that it could be immediately placed by the channel. I had kept the concept with me and waiting for the right opportunity and I had a brief meeting one day with Mr. Ajay Bhalwankar, the head of Sony. I told him about this concept and he instantly liked it. The green signal came within 5 minutes from the time I narrated him about the concept and within 10-12 days time, we started shooting for the show. Spontaneity has really worked for the show and that's what I am enjoying in the show. It was something where everybody's reaction was very spontaneous, from the directors, to the creative, to the writers, the actors and everybody from the production team.

I think it's because of the time frame in which we worked as the show went on floors within 2 weeks after getting an approval. The reactions to the show, which I think would work for the show, were instant and spontaneous. It's nice working within a format and the thought is to let the characters directly connect to the audiences.

How did the development of the show happen?

What will the show offer to the audience?

The situation of the girl itself is very unique that she is coming after 12 years from coma. The situation and the concept definitely is very unique. Simplicity is what the show is going to offer to the audience and that I think it is the most enduring quality where you can connect to the character, you will laugh, cry and grow with the character. There are very few shows which will make you laugh and smile and then you enjoy growing with the character. This would be the USP of the show and the other USP would be the philosophy about which the show talks about which is very simple; something we forget in our real life that never let the kid within you die and never let go off your dreams. When we start growing up, we become wiser but at the same time, we also start becoming cautious about different things. The show symbolizes the philosophy where you should always express what comes to your heart and never regret because every day is a gift from God and you should celebrate life and your existence. The whole message is very inspiring and that would be most unique part of the show.

What kind of responses you have been getting so far?

The response so far has been very encouraging. The people are appreciating the uniqueness of the concept, the performances and the unpredictability of the storyline of the show. I am looking forward to 'Nehapanti' which I have coined for the philosophy of the show. Neha symbolizes optimism, the childlike enthusiasm, the spontaneity, and doing whatever heart says. Nehapanti also symbolizes looking at life with a childlike point of view. The way Neha talks, she behaves and the message which she gives to the audience is what Nehapanti is all about. I think Smriti Kalra has given a very unique individual feel image to Neha. The uniqueness which Smriti has brought to this character is what makes her stand apart from all the other actresses in television.

Tell us something about the chemistry which Aman and Neha will be sharing in the show as we see Aman as a mature kind of a guy whereas Neha is little childish kind of a girl.

The love story of Aman and Neha is a very integral part of the show. Aman's character is very simple and relatable. Rather than letting Anuj Sachdeva play a romantic hero from the first episode onwards, we decided to let Anuj's character grow with the story. He is what with which 80% of men in India would relate to. He isn't playing some very extraordinary character and that is what the viewers will see the growth in his character. The uniqueness of this character would be that it will grow with the story. Neha symbolizes the wind which will make Aman fly.

You are known for launching fresh faces for your shows then what made you go for casting popular faces for this show?

When we have such kind of subjects like earlier we also had Kuch Toh Log Kahenge which had different kinds of characters that are complex but the simplicity has to come across then we work with very seasoned actors like in this one too we have actors like Smriti Kalra, Anuj Sachdev, Paritosh Sand, Amardeep Jha, Mazher Sayed, Heena, etc. Their characters are complex but the simplicity has to be there. I am happy with the cast. Actors like Kritika Kamra, Sharad Kelkar, Mohnish Behl, Rukhsar Rehman, Karan Wahi, played the characters that were simple yet very difficult to play in Kuch Toh Log Kahenge.

We recently saw that the entire family of Director's Kut Productions gathered together to watch the first episode of Itti Si Khushi together...

Every person at Director's Kut Productions be it the actors or the production team, I want them as people who represent DKP. When we work with different people with our different show, then they become a part of our family and the association always reflects whenever we get moments to celebrate. Our association just not last till the show is on because we believe in building up. We are fortunate to work with good people. Even if they are not working with the team, they are still a part of the company and I am proud of the association. For me, it matters a lot, it is not how successful you are, how many shows you are making, for me, having their association with the show makes me happy and I would like to maintain it.

Hina Khan and Karan Mehra were out of town for some events so I had promised them on the launch day that I would be watching the first episode of the show with them. The entire team of Director's Kut came together to watch the first episode of Itti Si Khushi but Hina and Karan were not in town so I watched the episode with them later on.

arhi_78 6 years ago Awesome show, very clean and simple, the leads Aman and Neha are a treat to watch, Neha's family is very real to life, it reminded of my family.I hope they will keep the love within the family for each other intact till the end of this show, it's very refreshing to watch, and please dont make them wamps in future. The sibling bond is so real and very touching, I love the bonding btw akanksha and Neha and then with her brother. Please don't destroy this. I love that girl akanksha, she's nice actor, please keep her positive always. This show will reach great heights, superb casting of each person for the role, sometimes I forget if I'm watching a show or if its real.

HinaHolic 6 years ago Love You HinaKhan.. You Are d Best As Akshara In YRKKH

-Aniisha- 6 years ago All the best for BKJ Karan Wahi!!