View Profile
There are often times when we wish some celebrities would just disappear, indefinitely - mostly due to their abominable wardrobe choices. While some have passed our fashion test with an A +, specific others have failed (with distinction, might I add). On our hit list  this time is the Serial Kisser Emraan Hashmi who happened to be quite visible throughout March and April to promote Mr. X, a movie that ironically featured a character with an ability to disappear. 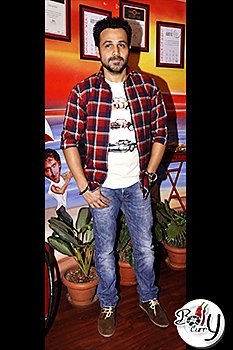 The Red FM Studio seems to be the red hot (pun intended) location for promotions in recent times. The man was seen posing for the camera donning a plaid shirt with the sleeves rolled up to the elbows underneath a graphic t-shirt. To finish it off, Hashmi threw on a pair of faded blue jeans and brown laced shoes. What's the saying again? With plaid, you can never go wrong? Oh, it's not a saying, you say? Our bad, but we do believe it should be one. Rating: 4.5/5 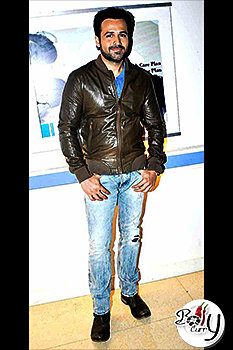 The charming actor was then seen acting as a guest star in an episode of the new show Zindagi Wins on Bindaas TV. He featured in the show with a brown leather jacket on top of a blue t-shirt. The leather jacket was well paired with blue jeans. With this clothing combination, we'll admit that Hashmi does in fact win at zindagi and not the other way around. Rating: 4/5 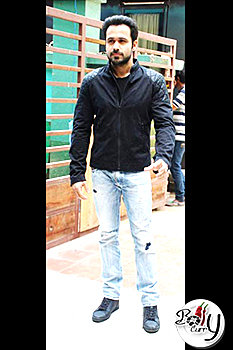 After a stint in Zindagi Wins, the lad showed off his talent in an episode of the ever popular crime show on Sony Television, CID. Unfortunately, it's not the acting we care about - it's the outfit. It seems there needs to be some serious crime investigation done on this horrifying wardrobe malfunction. Third time is the charm? More like third time is the horror. The jacket needs to be sentenced for life along with the jeans and never be seen again. Rating: 2/5 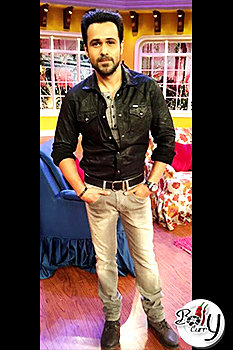 Finally, for some giggles and jokes, the Serial Kisser made an appearance on Kapil Sharma's Comedy Nights with Kapil. This time he chose a grey button up shirt underneath a darker coloured collared one with the sleeves rolled up. The shirt was seamlessly tucked into a chic pair of grey pants with brown boots. It's obvious that Hashmi prefers the 'two shirts' style - to an excessive extent but this outfit seals the deal. Rating: 5/5

As it turns out, Mr. X, which released on April 17th, may have failed the audience at the box office, but the main lead's fashion sense sure hasn't failed us. Although we detest the monotonous 'hands in pocket' pose that the actor awkwardly struts for the cameras, we'll be sleeping peacefully tonight with no invisible Mr. X'seeking revenge for claiming the lack of an 'X factor'.