With the release of Alone, Karan Singh Grover's dream of being a part of the silver screen has finally come true. However, even before the release of the movie, Grover became the talk of the town for his appearances at various promotional events alongside his co-star, Bipasha Basu. Although the film may not have created much of a buzz, Grover's wardrobe certainly made an impact. This left the Fashion Police with the perfect opportunity to discuss what Grover can bring to our gallery. Read on to find out our thoughts on Karan Singh Grover's fashion style and statement. 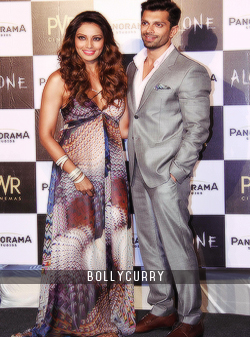 Kicking off the first promotional event, Grover chose to be classy at the Alone trailer launch. He was sighted flaunting a classic shiny grey suit paired with a light pink shirt. Leaving the first two buttons open, the man looked foxy. Finishing up the look was a pair of brown dress shoes and a matching belt, making a good combination of colours overall. Of course adding that charming smile of his only enhanced the look further. A great first impression, if only expected. Rating: 4/5 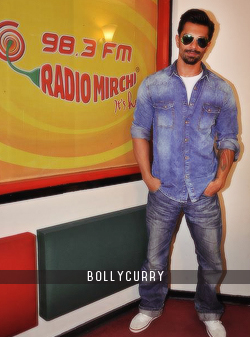 Radio Mirchi also invited Grover where the lad kept it street smart by changing his style from formal to causal. Going for an all-denim look, he completed it the best way possible, a white t-shirt and sneakers. Throw on a pair of sunglasses and nothing goes amiss. We admire the vision he presents and the outfit is perfect for the occasion but denim on denim has never been our thing. However, we appreciate the simplicity. Rating: 3/5 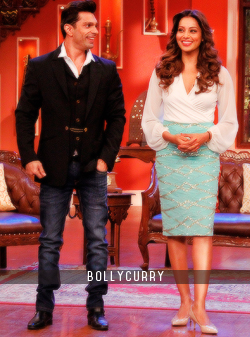 Grover was then spotted gracing the popular comedy show, Comedy Nights with Kapil. Opting for a rather unique semi-formal look, the hunk sported ruffled dark wash jeans and paired it with a jet-black two-in-one blazer that was attached with a rather glamorous attention-grabbing chain. A pair of black formal shoes finished off his look. Massive brownie points for the clean shaven look, which allowed his charming dimples to be displayed again. He looked no less than a Greek God and we couldn't ask for more. Rating: 5/5 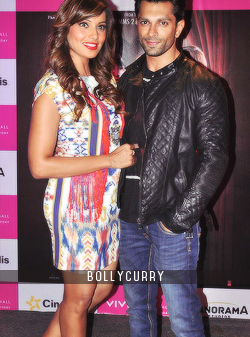 Grover looked dashing at the promotional event held in Thane where he opted for an approachable look with navy blue jeans and a black tee alongside low-top takkies. Adding a different touch to the outfit, he completed the look with a black biker jacket, which went well with the ensemble. Hair styled backwards, a twinkling shine in his eyes and a slight smirk, Grover easily grabbed all the attention. However, the outfit is a tad too simple for a promotional event. Rating: 3/5 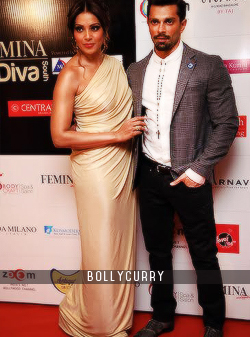 Finally, spotted at the music launch of Alone, Grover looked almost foreign, someone from our European counterparts, perhaps? Wearing black slim fit jeans along with a crisp white Chinese collar shirt and a grey checkered blazer, Grover surely made his own style statement. This was followed by snake patterned laced up leather shoes, a blue old age support badge and the icing on the cake, a Catholic ladder style chain. It may look like a bit too much as first but it all worked very well in Grover's favour, making him look absolutely sophisticated and suave. Rating: 5/5

The release of Alone has not only witnessed Grover's acting skills, but also astonished the Fashion Police with his exotic yet sophisticated fashion sense. BollyCurry extends its best wishes to Karan Singh Grover with his future endeavours in Bollywood, with the hope that we witness him in bolder and better fashion statements yet. Till then, drop a comment in the box below and tell us what you thought about this debutant's fashion debut.