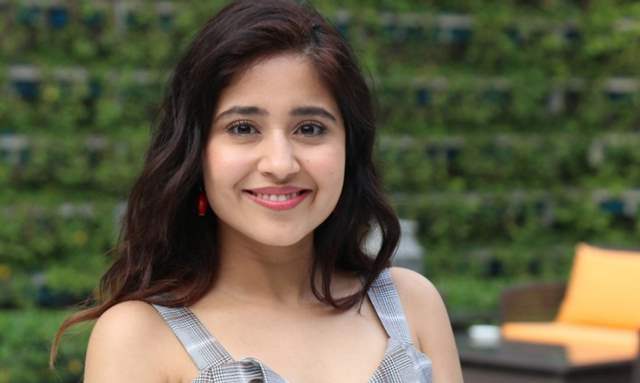 A lot has been discussed about Bollywood and the issues residing in the industry. The Twitterverse saw a barrage of allegations being hurled against celebrities after the ‘Insider vs Outsider’ debate reignited recently. The topic of nepotism and the 'insider-outsider' debate is actually indeed quite prevalent even right now and different actors have had different takes to it.

Shweta Tripathi went on to make it big with no filmy background created a niche through sheer hard work and talent. In a career span of 10-years, the actress has made a mark for herself through projects like - Mirzapur, Masaan, Gone Kesh, Haraamkhor, and many more.

In a recent interaction, Shweta opened up about her views on the on-going ‘insider vs outsider’ debate and also questioned when can an actor be termed as an ‘insider’. She said, “There's struggle in everyone's life. Everybody's journey is different and I would like to believe, I am an insider. I've been in the industry for 10 years now, so I don't know when do I become an insider; just when I've helped somebody. Does that make me an insider?”

So I guess we are focusing on the wrong things, these questions are not important these hashtags are not important. Things that need to be spoken about is what is happening in the world, what is happening with women. Those are the questions that need to be brought about. Which we are not talking about enough. Is there something happening? Yes, there is something happening. Is that enough? No, it's not enough,” added Shweta Tripathi.

Having worked with some of the most prominent and talented artists in Bollywood, Shweta Tripathi has received critical acclaim from many quarters and has re-defined her craft as an actress. The Masaan actress is proud to a part of this industry as she maintained, “So I'd rather be talking about these things my love and respect I got from the industry and people I've worked with Right from Anurag Kashyap, Vineet Monga it's been fabulous. I'm right now having this conversation because clearly I have reached somewhere in life and I have reached there being an outsider.”

The actress also made a sharp point about the on-going topic and stated, “If I can make it anybody can make it. If one person can make it everybody can. So I think we should focus on things like Talent and our craft and making that graph better. Yeh, saab debate, gossip, rumors main maza ata hain. Lekin inka kuch point he nahi hai baat karne ka. (Its fun to talk about the debates, gossips, rumors. But there’s no point in talking about it)”

Meanwhile, on the work front, Shweta will be seen starring in Laghushanka which marks the directorial debut of Nikhil Mehrotra.

RapChick101 8 days ago She’s par excellence and may she soar to newer heights with each passing opportunity! More power to her