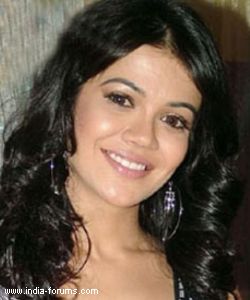 Shweta Gulati who climbed the popularity charts with Remix and Dill Mill Gayye has been away from the limelight for quite sometime now. The actress was last seen in Gili Gili Gappa but seems like the viewers will have a long wait before they watch their favourite Shweta back on screen.

Wondering why? Well, Shweta Gulati will be featuring in Kingdom of Dreams 2. After Hussain Kuwajerwala in Zangoora, she is the next television actress to perform in this magnificent stage show.

An official from the production states, "Shweta will be leaving for Delhi in a couple of days and will work in Gurgaon on the ballet. Once the show launches she will be roaming all around the world for the shows. The show is titled 'Jhumro'."

Shweta Gulati happily confirms the news. She says, "Yes, from now onwards I will be away from television as I am going to be a part of Kingdom of Dreams 2. I will act and perform for the play."

Goodluck Shweta for your new venture!!!

sadiaxxrahman 7 years ago Good luck! U Will Rock it Like u rocked remixxx &lt;..3 x x

AwesomeSauce. 8 years ago You do so much better over there alive.

It was a treat to watch you live..

dieya 9 years ago all d best

..Roopal.. 9 years ago plz shweta di
plz be back on tv too

..Roopal.. 9 years ago plz shweta be back on tv too
miss u

Glitter_In_Eye 9 years ago I'm very happy for you Shweta but I'm really going to miss you on my tv screen. I've been missing you since the time you left DMG. Pls come back soon on TV. We're awaiting your return on our tv screens.
All the best for the play!

..Roopal.. 9 years ago wow
i am so happy to have news of shweta
after 1 week i came here and this
wow

asmaanixx 9 years ago All the best Shweta!!

#VarunwedsNatasha: From ‘Mehendi’ to ‘Sangeet’, get a sneak into ...