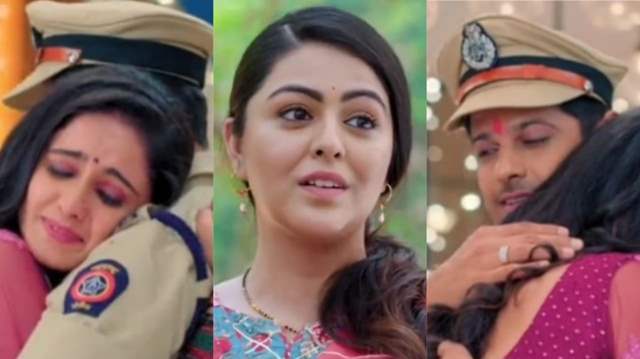 Star Plus show ‘Ghum Hai Kisikey Pyaar Meiin’ is getting quite interesting with each passing episode. The current track of the show revolves around Virat going on a deadly mission to locate a group of rebels and stop their activities against the peace of the city. Virat has been shocked to learn that his friend Sadanand is the head of the rebel group. Sai has been missing Virat for a special ritual that happens between husbands and wives to increase the love between them.

In the forthcoming episode, Devi gets furious on Sai and says that Virat’s life must be in danger as whenever Sai and Virat separate, something unfortunate happens. Sai tries to stop Devi and in the course of the same, her mangalsutra breaks. It will be considered as the bad omen and the family will stress for Virat’s safety.

India Forums has exclusively learned that Virat and Sada will have a showdown which will end up in Sada’s death. Virat will be extremely guilty for killing Sada and he go through an emotional turmoil. Furthermore, Sai and Virat will have a massive misunderstanding which will be escalated by Shruti. Shruti is the new character in the show played by actress Shafaq Naaz. Shruti is Sadanand’s wife.

It will be interesting to see how Virat and Sai will go trough this test of time.

1 months ago Wow IF you forget to tag the actors where needed like in this article... but use the tags on unnecessary articles of marriage.

+ 2
1 months ago I hope this track is not stretched longer. It's high time both Virat and Sai confess their feelings.