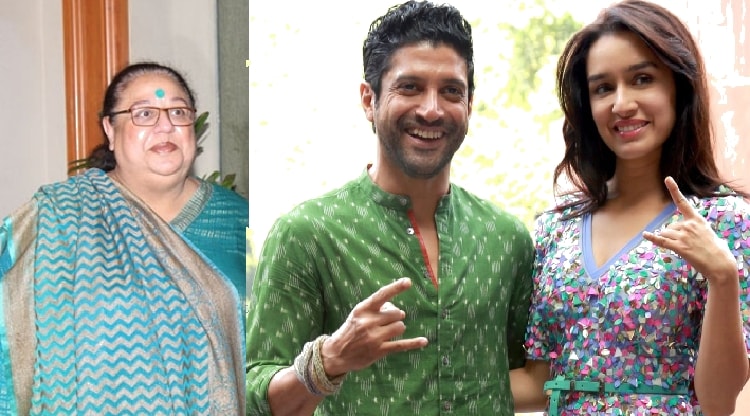 Noted lyricist and poet Javed Akhtar turned 72 years old yesterday. There was a fair of Bollywood celebs and well wishers at his residence to wish him on his birthday. Celebs including Rekha, Hrithik Roshan and many others were present at the bash. But Farhan's closest friend Shradhha Kapoor went missing from the party.

Though Farhan wanted Shraddha to be present at the party, she chose to avoid it. All's that because of Farhan's mother Honey Irani.

A report on a daily portal suggests that Honey was upset with him for getting divorced with Adhuna Bhabani. But later down things settled down between them. However, when it comes to Shraddha, Honey hates her.

The report also states that, Farhan's mother has a good bond with Adhuna and thus she was against his decision for parting ways with his wife.

Well, it's pretty evident that the 'Rock On 2' jodi didn't want to mess up the celebrations and hence they maintained their distance.

SugaAgustD 3 years ago Shraddha ko aur koi nahi mila? Hate that farhan! Dislike Shraddha too for dating a guy like that!