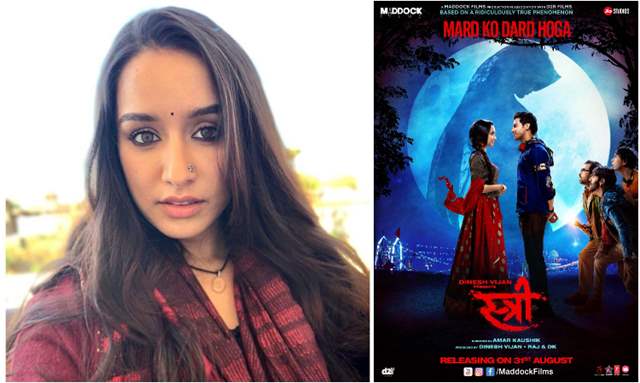 Actress Shraddha Kapoor has been on a roll when it comes to delivering diverse characters with utter perfection on-screen. The actress has nailed the portrayal of a girl next door to a mysterious character, effortlessly. One of the most loved characters and films of the actress, 'Stree' is all set to release in Japan now.

Shraddha Kapoor shared this exciting news with her fans on social media with the caption, "Stree is all set to conquer #Japan????. Releasing today, beware ??. #StreeinJapan" 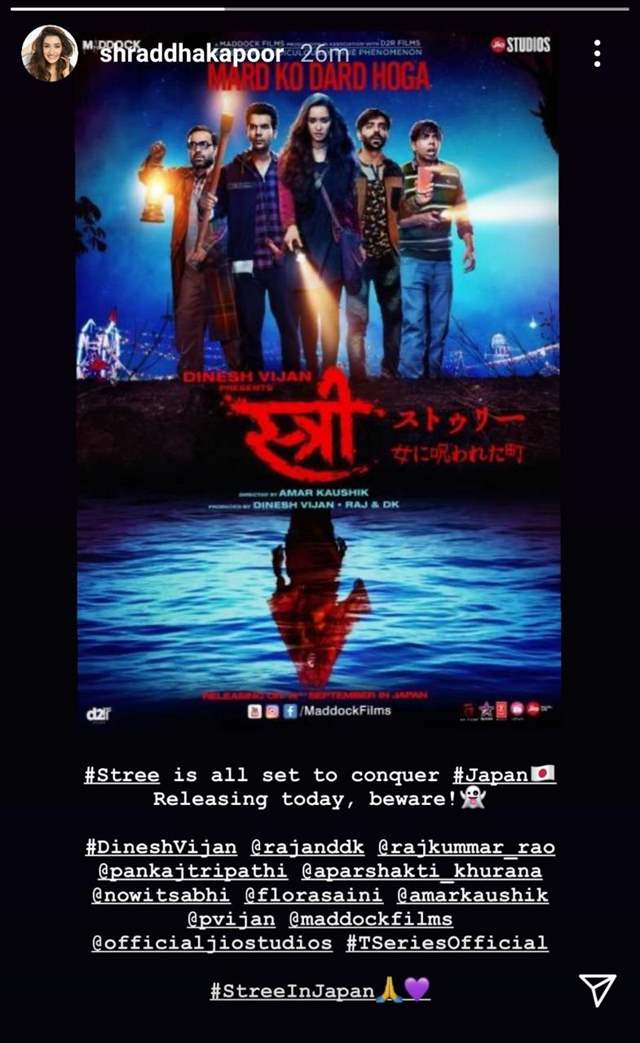 The film created a huge buzz when it was released in India and after Saaho, this marks another project of Shraddha to the list of the films crossing boundaries and going global.

The film recently marked its second year anniversary and Shraddha had shared a carousel of posts on her social media celebrating it.

The song ‘Milegi Milegi’ had become a huge hit and with those unique moves, Shraddha made heads turn and won hearts too. The film also starring Rajkummar Rao and Pankaj Tripathi. Stree also marks Shraddha's first collaboration with the actors. Shraddha's mysterious character hasn't been solved yet and the audience looks forward to more! Did you also know that Shraddha is the first actress to lead the role in a horror-comedy in Bollywood?

The actress is now preparing for her character in Luv Ranjan directorial alongside Ranbir Kapoor.